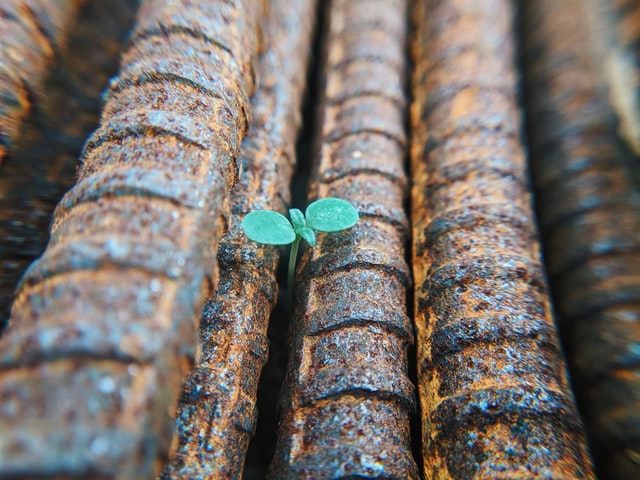 The therapist, author and coach helps us explore the eternal question: Do you want to be a “writer” or do you want to write?

Rachel Ballon, Ph.D., M.F.T., is a psychotherapist and international writing consultant, who has taught writing as a therapeutic tool to mental health professionals and health care practitioners at UCLA, UC Irvine, CSUN, and conferences worldwide.  She is also the author of five widely-acclaimed books (click then scroll for each): Blueprint For Writing: A Writer’s Guide to Creativity Craft and Career, The Writer’s Sourcebook:  From Writing Blocks to Writing Blockbusters, Breathing Life Into Your Characters:  How to Give Characters Emotional and Psychological Depth, Blueprint For Screenwriting:  A Writer’s Guide To Story Structure And Character Development, and most recently,  The Writer’s Portable Therapist:  25 Sessions to a Creativity Cure. Rachel is a member of Writer’s Guild of America, West and has had several episodes produced on ABC-TV.  Her latest screenplay is making the rounds of studios and production companies.

Meredith: Writing—or the dream of calling oneself an author or writer—seems, for many, to have this highly addictive, seductiveness about it. Like: I’d really be someone if I could write. But it’s not writing that imbues itself with these characteristics, it’s the person. Why, do you think, it’s such a seductive slope?

RACHEL: This is an interesting question and I’m sure if people who liked the idea of writing knew how difficult it is and how much work it takes without knowing what the outcome is going to be after one or two years of writing, they would take a long, hard look at writing and wanting to be a writer.  I believe many people look at the end results–books, screenplays, plays, etc. and want the excitement of writing a best seller or a blockbuster film.  Not only the excitement but the fame and often the fortune.  After all, where else does it happen that an unknown can be thrust into fame as in writing.  It is often referred to as the last Klondike, so writers or would be writers make the mistake of looking at results rather than the writing.  Ask yourself:  Do you like to write?  Do you have something worthwhile to say?  Do you feel passionate about your writing?  Are you into process or into results?

Meredith: Might there be something to be said about setting a place for the shadow side of ourselves, the part riddled with fear and anxiety, when we sit down to write? In other words, rather than simply trying to get rid of it instead, inviting it in?

Yes, I believe that whether or not you invite your fears, and anxieties into
the writing process, they enter, whether invited or not. But I suggest that you write in spite of your fear of rejection, fear of failure, and fear of success.  It would take too long to explain those different types of fears or blocks, but in my book, The Writer’s Portable Therapist:  25 Sessions to a Creativity Cure, I do discuss various exercises writers can do to lessen and reduce their blocks.

Meredith: I also trained as a therapist and as a result  was trained to strike a delicate balance of letting the client guide the session but also encouraging growth and change. There are, however, times when the therapist, in order to help the client move forward (or deeper), must raise issues to keep the process from stagnating. How do you see this playing out for you as the creator/writer–and for you as the therapist/coach?

RACHEL: When clients come to see me it often turns out to be a different reason then they thought.  Many writers come for script or writing consulting because they are blocked or have writing problems and their project isn’t working.  However, as we discuss the script or novel the problem often has little to do with the writing and more with the writer.

So we put the work aside and start doing therapy with issues that the writing has brought up and which are often unresolved childhood issues.
Sometimes, I never even read their script or manuscript, but we work on the writer, which in the end loosens up internal demons, traumas and problems and they go back to their writing with renewed passion, vision and emotion–making their writing so much deeper and powerful, without ever concentrating on the writing.  It’s a very enlightening and magical method, which is organic and natural.

On the other hand, I often use writing with non-writers who come to see me for therapy, because they feel stuck in their lives, their relationships or have self-destructive behavior.  With many of these clients talking doesn’t help, because they have canned stories such as:  “My mother did this…”  “My father did that…”  “If only I had…”  “When the time is right,”  and on and on and on.  To help them get out of feeling trapped or stuck, I have them use my Fast Flow Writing method and get them to write new stories as they rewrite their lives.  This is a wonderful way to enable clients to experience positive change, take risks and stop self-defeating behavior, by writing winning stories and using the pen and paper to make enormous changes and get on a new track by “righting their lives through writing.”

Meredith: What did you have to unlearn, un-believe about yourself to find your truth as a writer, and a writer’s therapist? What had to go?

RACHEL: I didn’t have to unlearn anything about myself, because when I first started writing as a youngster I just wanted to write stories and nothing was at stake.  I always wrote and was an editor of the feature page in high school.  In college I wrote and was an English major where I studied poetry.  I first started writing poetry and that was my passion.  At UCLA I took a class called “Poetry and the Therapeutic Experience and LOVED it.  We used poems to get into feelings and I studied with Dr. Arthur Lerner who was the founder of the Poetry Therapy Institute.  For example, if working with people who were angry, I learned that reading “The Poison Tree by William Blake helped them relate to the poem, or if they were depressed reading “Richard Cory” in the Spoon River Anthology was a great source of comfort.

Soon, I realized that I needed to expand my knowledge and that reading the right poem for the right purpose wasn’t enough.  That’s how I went back to school to get my license in California as a psychotherapist.  So being a writer myself, I can relate to and empathize with writers and the pitfalls and blocks they fall into.  I’ve walked the walk.  I learned that writing wasn’t enough, but a writer had to get an agent or a publisher; write query letters or give pitches; get rejected or accepted but to keep on writing no matter what.  The combination allowed me to give workshops at UCLA and The Writer’s Guild, the Director’s Guild and Women in Film about the 3 aspects of writing.  They are Creativity (the idea); Craft (the perspiration) and Career (the Selling).  I’ve also taught workshops for Writers called Surviving and Thriving as a Writer.  I did have to learn that writing isn’t enough you then need to go out and sell your work.  I began writing scripts and in the late 1980’s sold several episodes for ABC-TV, got an agent, wrote a screenplay that was optioned by Paramount Pictures and became a member of the Writer’s Guild of America, West.  But every time I wrote something new or tried selling a script it was like starting over on square one and it still is.

Meredith: The child development writer Joseph Chilton Pearce said: “To live a creative life, we must lose our fear of being wrong.” When you write are there “rights” and “wrongs” for you?

RACHEL: It’s easier said then done, but most writers, myself included, have such negative thoughts before they begin to write that they don’t need a list of “rights and “wrongs” because everyone is his or her own worse critic.  Yes, I worry about will they like it, is it good? And many more thoughts, but I keep on writing in spite of them.

The writers who get blocked and paralyzed listen to only their critical voices (whether parent, teacher, friend, agent) and can’t seem to escape the negatives that block them. A good thing to do when this happens is to tell the writer, “Write as badly as you can.”  No kidding, that’s what I say and one client was so into rights and wrongs that he asked, “How bad is bad?”  Now, you can see how he was unable to write until we worked through his need to be perfect.  I say if you come to see me with nothing to read or discuss we’re really at a dead end.  But if you write something, even if it’s the worst thing you think you’ve ever written, you’ll at least have done the writing and we can work together on making it good.  So just do it!!!  There are no guarantees if it’ll be sold or not. So have fun with the process, enjoy your subject and play with your characters so you can lighten up and get it written.

Rachel Ballon has been in private practice as a licensed psychotherapist in Westwood for the past thirty years. A clinical member of the American Association of Marriage and Family Therapists and California Association of Marriage and Family Therapists, she conducts “Writing to Heal” workshops through California, and teaches health care professionals how to use narrative with clients to help them transform their negative personal stories into happy endings. For eight years she  conducted weekly groups in journal writing for women with cancer at the UCLA Center for Integrative Oncology. Visit Rachel’s website here to learn more about her and how she works with writers.

Photo by Faris Mohammed on Unsplash