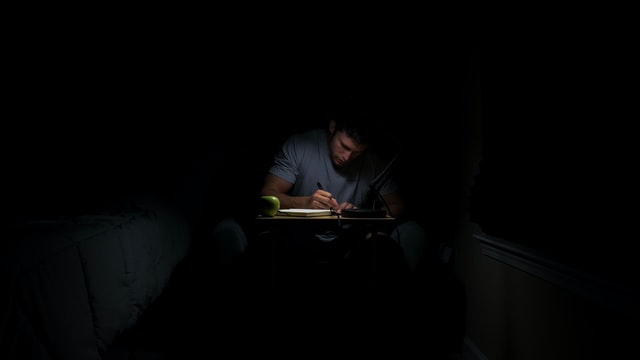 The author contemplates chaos and rumination, and generously answers questions about process, fear and his truth on pushing forward versus hitting a stride.

TOD GOLDBERG is the author of seven books, including the novels Living Dead Girl, a finalist for the Los Angeles Times Book Prize, Fake Liar Cheat and the popular Burn Notice series. He is also the author of the short story collections Simplify, which won the Other Voices Short Story Collection Prize and was a finalist for the SCIBA Award in Fiction, and Other Resort Cities, which is out now.

MEREDITH: WHEN YOU BEGIN, HOW DEEP IN YOU IS THE KNOWINGNESS OF WHERE YOU’RE GOING? IS IT A PLACE OF STILLNESS OR CHAOS?

TOD: It used to be that I’d start writing out of a chaos. I’d have an image, or an idea, or a bit of dialog that somehow wormed its way into my head and I’d start to write just to get that nugget out. And for a while that worked for me as I discovered, essentially, how to write and in the process built stories or novels around these bits of found story and then assembled the world in something of a haphazard fashion.

Now, I tend to ruminate for a very long period of time before I ever sit down to write. This first happened to me when I wrote my novel Living Dead Girl – I basically sat on the story for two years, thinking about the main character, understanding who he was, how he processed the world around him—and then, in subsequent years, I’ve found that a short story that would have taken me a week to write in my twenties (from conception to my personal declaration that I was now pretty much assured of winning the Pulitzer) now takes me a month or two because I need to find that point of quiet in my head where the story demands to be told. Now this might just be related to the fact that in my twenties I didn’t have any kind of discernable real life and now, in my late thirties, I have responsibilities, expectations and a mortgage, which perhaps makes me sit back and really examine things in far intensive way.

MEREDITH: BUDDHA SAID, “IT IS BETTER TO TRAVEL WELL THAN TO ARRIVE.” IF TRAVELING IS WRITING, THEN ARRIVING IS…WHAT? OH, AND WHAT IS IT NOT?

TOD: I have a very real belief that Buddha said many things in hopes of confusing people for thousands of years, specifically since he said, “Believe nothing merely because you have been told it. Do not believe what your teacher tells you merely out of respect for the teacher. But whatsoever, after due examination and analysis, you find to be kind, conducive to the good, the benefit, the welfare of all beings—that doctrine believe and cling to, and take it as your guide.” Well, that I can get behind, at least in a general sense.

But, to your question, I believe you can travel poorly and arrive well—anyone who has ever flown on a red-eye to Maui next to a screaming child would surely agree with me on this. Arriving at the Westin in Maui is, in fact, better than even the best trip there. So, if traveling is writing—and let it be known here that I’m beginning to feel like I’m in the middle of a word problem, which means I might mess this all up irrevocably—then arriving is…uh…publishing? Right? Is that an A? I’m a fairly tangible person in relation to these existential Buddhist conundrums, so what I can tell you is that “not” in this case can only mean whatever it is James Patterson does.

MEREDITH: WRITING—OR THE DREAM OF CALLING ONESELF AN AUTHOR OR WRITER—SEEMS, FOR MANY, TO HAVE THIS HIGHLY ADDICTIVE SEDUCTIVENESS ABOUT IT. LIKE, I’D REALLY BE SOMEONE IF I COULD BE A WRITER, AUTHOR, ETC. BUT IT’S NOT WRITING THAT IMBUES ITSELF WITH THESE CHARACTERISTICS, IT’S THE PERSON. WHY, DO YOU THINK, IT’S SUCH A SEDUCTIVE SLOPE? HAVE YOU EVER BEEN SEDUCED?

TOD: There’s a romantic notion about what it is like to be a writer vs. what it’s actually like to write, which is of course an entirely different experience. So I think people have an idea that it’s a kind of life that is a purely intellectual pursuit where they could spend their lives telling the kinds of stories (or writing the kinds of essays, or constructing the kinds of pop-up books, or…) that they’ve always wanted to read and that, in process, they will be loved and adored and treated like a celebrity who, unlike, say, Paris Hilton, is famous for something intensely worthy. They probably think they’ll be invited to salons. There is a slight chance they imagine themselves in Paris during the Jazz Age. Certainly, there’s a belief that their life would be better as a writer than as a plumber or nurse or lawyer or dog-catcher or…well, you get the idea.

What they never seem to factor in—“they” being the people who tell me this sort of thing on a fairly regular basis—is that they’d actually need to sit down for hours and, you know, write. Writing is one of the few professions everyone thinks they could do. I blame the dreadful adage that “everyone has a novel inside of them” on this belief. Not everyone has a “specialty in thoracic medicine” in them or an “ability to understand what the knocks and pings in the average Honda Accord foretell in relation to the transmission” either. So I think people find this life seductive because it isn’t the life they have, but it’s one they can imagine having if only they had the time or the volition to sit down and write. But of course it’s a job like any other job when you get right down to it and sometimes, like at night when I can’t turn off the story, it’s enough to make you wonder what life as a dog groomer might be like.

I come from a family of writers—my mother was a journalist, my father was a TV newS journalist, my brother Lee Goldberg is an author and television producer and both of my sisters, Linda Woods and Karen Dinino, are authors, too—so I don’t feel like I’ve ever been seduced per se. All I’ve ever really wanted to do, from as young an age as I can recall, was to tell stories, to entertain people. And that’s still what drives me each day I sit down at the computer: an overwhelming desire to tell a story and to make someone feel something.

MEREDITH: ARE YOU EVER FRIGHTENED OF YOUR OWN IDEAS OR WHAT’S INSIDE YOU?

TOD: No, though maybe I should be. I write a lot about people on the edge of madness. Sometimes they embrace the madness and turn into monsters and sometimes they skirt just past it and turn into something else—a person damaged by their very proximity to darkness—and occasionally, they find a kind of muted happiness in the way their lives have shaken out. That I am able to ruminate on these rather dark issues for great lengths of time is somewhat disturbing in that I think the difference between what is clinically considered insane and what is clinically considered a writer isn’t that different—we both have voices in our head for prolonged periods of time and, occasionally, have intense conversations with them—but I think the only time I’ve been frightened by an idea was when I didn’t think I knew how to write it or wasn’t confident in my ability to do the story justice. Being frightened by what’s inside of me has only occurred on a few occasions, but most notably directly after eating the food served at Bennington College.

MEREDITH: WHAT IS GOING ON INSIDE THE WRITER WHEN WE HEAR THAT HE HAS HIT HIS STRIDE? CAN YOU DESCRIBE THE PROCESS FOR US, BREAK IT DOWN—HOW THIS HAPPENS (AND HOW IT HAPPENED WITHIN YOU)? DID YOU HAVE A SENSE THIS WAS HAPPENING? WAS THERE A TURNING POINT?

TOD: I don’t really think writers should attempt to hit their stride. I mean, sure, it happens when you’re writing a piece and time disappears and you lose yourself in the work and suddenly look up and five hours have elapsed. Over the length of a career, however, I think the best writers never find themselves content with finding their stride; that they are always searching for that next great insight, that next level in their work.

Now, that said, there comes a time when you realize you know how to do X well and that you can replicate that experience over and over again and use it in every project that comes across your mind. (For instance, I feel like I can write a fairly enticing first sentence. After that, it’s a crapshoot.) And you can phone in a kind of story or novel, but what makes writers writers is, I believe, the natural inclination to make up new things and as such finding that stride merely means you’ve perfected one thing, but that one thing is not, certainly, the only thing one needs to write a novel or story or poem or an exceptionally inventive grocery list. So finding your stride is nice, but I’d be more content if I never saw the finish line, if I was always running toward some infinite open road. I’d like to think that I’d find myself pushing forward along that road in perpetuity.

TOD directs the MFA program in Creative Writing & Writing for the Performing Arts at the University of California, Riverside’s Palm Desert campus. Visit him at his website (and terrific blog).

Photo by Steven Houston on Unsplash