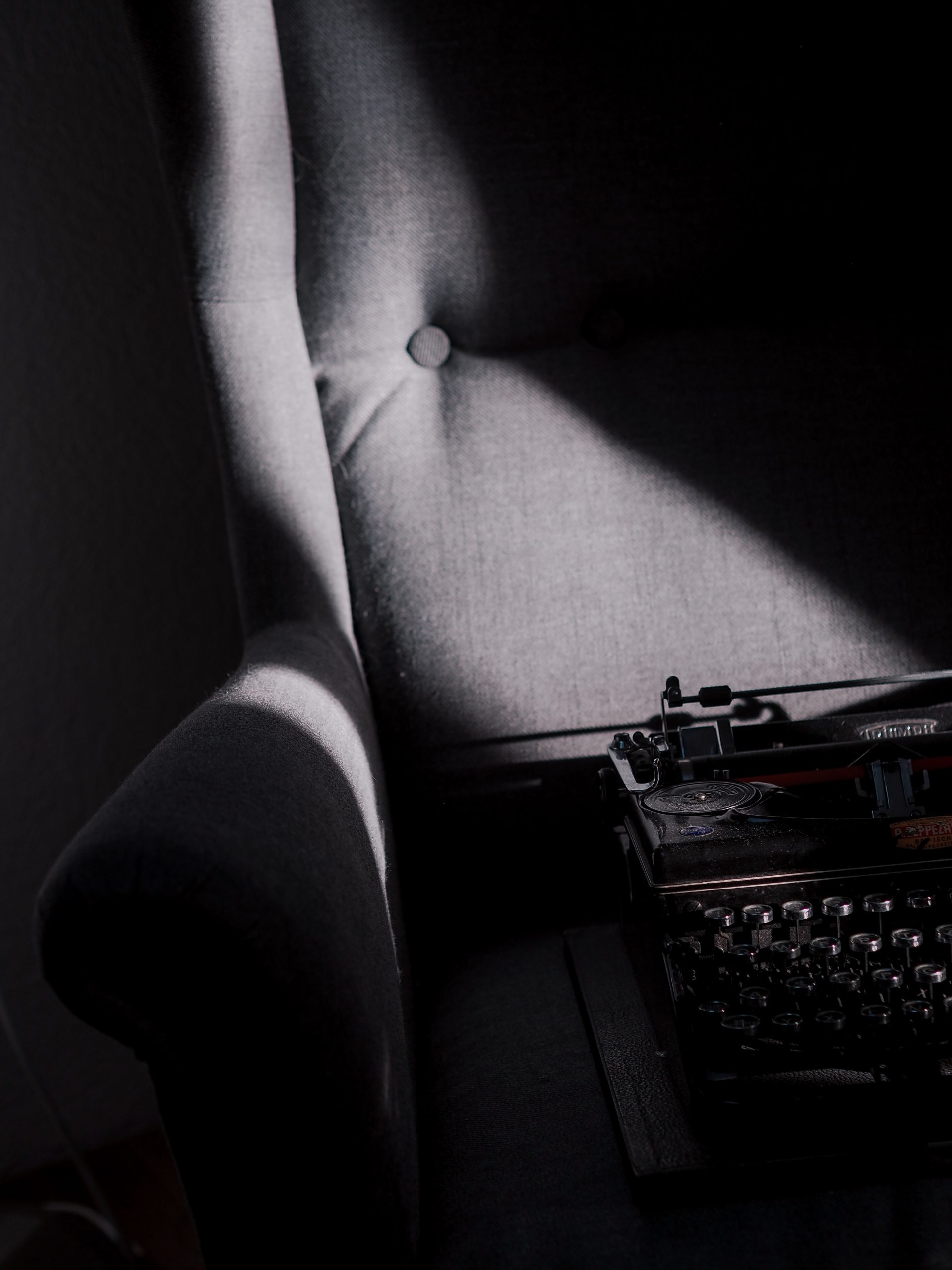 The writer on finding his place, there being no such thing as “I feel like it“ and what he cherishes most about writing.

Jim Ruland has received numerous awards for his work, including a fellowship from the National Endowment for the Arts. His novel FOREST OF FORTUNE (Tyrus) is about an alcoholic, an epileptic, and a gambling addict who try to turn their luck around at a decrepit Indian casino. He’s also the author of the short story collection, Big Lonesome, and creator and host of Vermin on the Mount, a popular and irreverent reading series in the heart of LA. LA List called Jim “a writer who has had a strong impact on the LA literary scene,” which is no small feat considering the breadth and depth of left coast literary talent. Jim has written for or contributed to The Believer, National Public Radio, McSweeney’s, Esquire, Los Angeles Times, Barcelona Review, among others.

MEREDITH: What do you most cherish about the practice of writing?
Jim: There’s so much. First of all, I’m grateful that I can practice my craft virtually anywhere. My wife is a painter and she currently doesn’t have a studio which creates all kinds of logistical problems that writers simply don’t have. James Joyce wrote parts of Ulysses in a tiny apartment using a suitcase for a desk.

Second, I appreciate the permanence of writing; the notion that words set to paper acquire a kind of substance that only time can take away. I marvel at the stoicism of performance artists. What if the actor gives their finest performance at an audition for a part they don’t get because they don’t have a mustache or some other silliness? Or the songwriter performing in an empty coffee shop? How does one go on knowing they’d accomplished something amazing and no one was there to witness it? Writers don’t have that problem because they practice their art in solitude. This brings me to what I cherish most about writing: it fills the solitude.

MEREDITH: Now answer this: what does it represent?
Jim: Okay, bear with me a minute. When I was a child my grandparents had several books of Norman Rockwell portraits that I used to look through whenever we visited. Part of what Rockwell did so well was communicate very precise emotions. Not just “sadness” or “pride” but a particular kind of sadness or a very specific feeling of pride. A scenario he returned to over and over again was that of a young girl waiting: waiting by the phone for a boy to ask her out, waiting to grow up into a glamorous woman, etc. Not only is the girl sad and lonely, the portrait suggests her fate is to remain sad and lonely, a fate she has yet to come to terms with, which makes it even sadder. I remember feeling a great deal of empathy for these girls waiting for their lives to happen. Growing up I would become familiar with that feeling of being on the outside of things. With writing I’m never on the outside; there’s always an inside for my imagination to explore. So writing represents always having a place to go. Do you remember the end of James and the Giant Peach? Where the peach pit is installed in Central Park and James takes up residence with his bug friends and is never lonely again? That’s what writing represents for me: the end of loneliness. 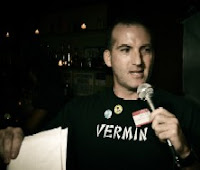 MEREDITH: Now answer this: is it [this cherished place] a constant?
Jim: I think so. I believe it is. I’m a professional writer in the field of advertising and have been for over a dozen years. I’ve also worked as a part-time teacher, freelance whenever I get the work, and have always been ambitious with respect to my own projects. So I think I’ve trained myself for the writing to be a constant. There’s no sitting around waiting for inspiration. [I’d-have-to-agree-but-it’s- not-a-bad-thing-either alert:] Once you decide to choose writing as a vocation the waiting-to-catch-lightning-in-a-bottle approach doesn’t work. In other words, there’s no such thing as “feel like it.” I can no more say “I don’t feel like being a writer today,” than “I don’t feel like being married today.” (I can pursue these impulses, but the consequences will be disastrous.) I’ve also been able to remove distractions and not feel adversely affected by their loss. For example I don’t have a television and have gone for long stretches of my adult life without so-called essentials like a car or a phone or internet connection. It’s a great help to know what one has been put on this planet to do.

MEREDITH: Is this an internal place [of solitude, stillness, knowingness] you can always draw on?
Jim: I certainly hope so. That’s the big fear: that someday, for whatever reason, I won’t be able to write. One of the people who inspired me to become a writer was a cousin who, after many years of struggle, became a successful screenplay writer. He became severely depressed and eventually lost his will to live and tragically succumbed to his illness. Toward the end he complained that he was unable to write. Sometimes it was the illness he was fighting, sometimes it was the cure, i.e. his medication. He suffered terribly and while I’m not qualified to say how large a part his inability to write played in his decline, I’m certain that it was a not insignificant factor. I hope and pray that I don’t ever have to go through what my cousin went through.

MEREDITH: When you sit down to write, what is the ritual? By ritual I mean, how do you prepare your mind to receive—or enable yourself to go out and seek—the words or the story, or maybe, just the essence of both?
Jim: I don’t really have any rituals. Rituals get in the way. I have an addictive personality so ritualizing things I like to do ultimately will lead me to an unhealthy place.

MEREDITH: Are you a receive-oriented creator, or a hunter/gatherer type?
Jim: My approach is like a pendulum that swings back and forth between the two dichotomies. I’m drawn to historical subjects and enjoy researching projects, although I’ve learned to distrust both the process and my motivation for doing it. I spent seven years “writing” a novel about a German sailor. It was a world I knew nothing about and did a vast amount of research. At one point I could have taught a course in German Naval Operations in the Atlantic during World War II, most of which I have since forgotten. Many, many times I have spent hours in the library filling up pages of notes. Then when the time comes to use them I either can’t find them or forget about them and write the scene without them. Maybe I needed to take those notes in order to write with confidence and clarity, but I doubt it. I tend to think on the day I took down the notes I was being too lazy to write. Most recently I have been more of a receive-oriented type writer. Like the explorer Admiral Byrd said in his memoir Alone, you have to have confidence that your instruments will guide you to where you need to go.

MEREDITH: The painter and sculptor, Juan Gris, said, “You are lost the instant you know what the result will be.” Many would find this counterintuitive, believing it’s actually better to know where you are headed. You?
Jim: After working on that novel about the German sailor I decided my next novel would be much more dialed-in so that I wouldn’t spend another seven years figuring it out. So I built this massive outline and it was a great help to me as I embarked on a novel even more ambitious than the previous one, but in the end I think it feels a little overdetermined. I was writing to connect the dots, to take the story where it needed to go. Unfortunately, I neglected the characters and didn’t properly consider where they wanted to go. This was a very valuable lesson. So in the project I’m working on now I’m not using an outline at all and paying very close attention to the characters, tending to their wants and needs, listening to what they have to say. So far so good.

Meredith: You have a distinct way of storytelling. When did your voice become apparent to you? How did it happen?
Jim: Thank you very much! I’m drawn to so many different subjects, have so many interests, write in so many genres, that I sometimes wonder if my enthusiasm has taken me too far afield. An author is probably the least qualified to talk about how their writing behaves on the page because intention and effect are two very different things, but I’ll give it a shot.

I was one of those young writers and devoured all kinds of high-brow literature. I was particularly smitten with James Joyce and for a while my ambition in life was to be a Joycean scholar. Toward the end of my senior year of college I discovered hard-boiled crime novels. They were a god-send. I had this overdeveloped sense of the importance of style but little practical understanding of how stories actually work. These taut little engines of suspense taught me everything I’d glossed over while studying literature-with-a-capital-L: exposition, dialogue, plot, i.e. the nuts and bolts of storytelling. The fact that these slim novels by Dashiel Hammett, Raymond Chandler, Jim Thompson, David Goodis, etc. were psychologically sophisticated and had a style all their own made them easier to embrace. Today, the stories I enjoy most are those that display a keen sense of style that doesn’t come at the expense of a storyline that keeps me turning the pages. Isn’t that what every reader wants?

Jim’s life and bio represent a union of opposites, the intersection of left and right brains: veteran of the Navy, part-time English teacher, creative supervisor at a Los Angeles advertising agency, writer. He grew up in a Navy family and swore up and down when he got older he “wasn’t going to be like my old man.” But then he joined the Navy. “You can’t run from your life,” he says. Jim lives with his wife in San Diego and is at work on a novel. Catch him here, at his Vermin blog.