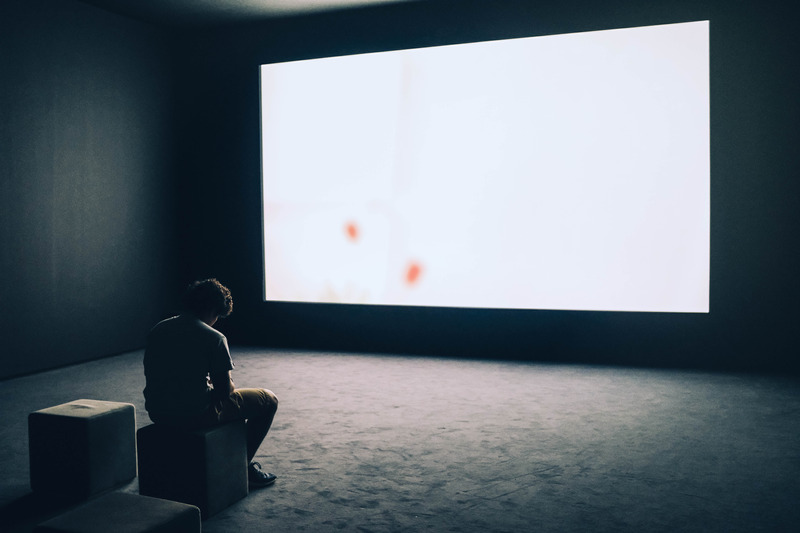 The writer riffs on pain and inadequacy, alchemizing fear and images that begin a story.

JAMES R. SPRING is a former foreign correspondent for Cox Newspapers. He now contributes to National Public Radio programs, including This American Life, and he’s been featured in radio expeditions for Atlantic Public Media. His stories have ranged from ’embedding’ with the Minutemen at the border, to covering the Baja 1000 off-road race – to motorcycling solo through Mexico’s Sierra Madre where he recorded his experiences with Tarahumara drug traffickers.

THE WRITER’S JOURNEY: Does your creative process come from a place of something that scares you or from a familiar place of strength? What is that place like?
JAMES: I never stopped to recognize this before, but suddenly it’s clear. I write from a place of pain and inadequacy. I write from fears. Even the funny stuff comes from fears. My NPR stories have sometimes revolved around becoming older and less relevant to the world. And now that I have two toddlers, some of my short stories have sprung from the enormous fear associated with the possibility of losing one’s child. Sometimes I just write about a fear of being pathetic. Now that I understand this about myself, I feel very bad about it. And, thus, I’m inclined to start writing. Does anybody write from a place of strength? If so, don’t tell me.

THE WRITER’S JOURNEY: How and when do you know in your gut that an idea is viable and worth creating? Is there a telling, pivotal or aha! moment?
JAMES: The times I have been most successful with this writing stuff, I’ve found that the serious stories have filled me with melancholy, and the funny stories have made me laugh out loud. That said, some of my best stories have hardly blipped on the reader radar. I’m thinking particularly of a short story called The Book of Jack, which I really like, but nobody else – including people who profess to love me – has ever acknowledged. Who knows? Maybe we’re the worst judges of our own stuff.

THE WRITER’S JOURNEY: What does beginning feel like? Look like? Pretty, ugly, other?
JAMES: The beginning is just a thought, and it is beautiful and pure. It makes me all warm and tingly inside. In describing this notion, my pal Stephen Dobyns (“The Church of Dead Girls” and a zillion others) once quoted a Buddhist adage that goes something like “First thought, pure thought.” It sounded a little like horseshit when he said it, but I mention it now so you’ll know that I have famous friends. Regardless, my first thoughts on a story really are a thing of beauty. It’s when I go to put those thoughts to words that everything goes to hell. I take that beautiful little Buddhist baby of a story idea, and I run it through the wood chipper that is my first draft. It is a huge mess. When I call in the paramedics, which represent my second draft in this increasingly convoluted metaphor, they will often tell me that the story is dead on the scene. As a result, I have two bankers’ boxes full of mutilated stories and a novel that nobody has ever seen.

THE WRITER’S JOURNEY: The refusal to be creative is self-will and is counter to our true nature. This is what Julia Cameron says in, The Artist’s Way. What’s your take?
JAMES: I guess it all comes down to what you define as “creative” or “art.” I believe that the refusal to dance, for example, is completely understandable. Some people should be encouraged to NOT dance. If you don’t believe me, I will dance for you. (continued below)

Standby for something heretical… In my heart, I believe that we each possess a certain set of skills. I think I can best describe this by invoking the world of Tinkerbell and the fairies of Pixie Hollow (I know… that’s exactly what I was thinking, too. It sounds like a porn star name… but it turns out that it’s the place where all the Disney fairies live). In Pixie Hollow, each tiny fairy is born into a certain job. There are “garden-talent” fairies who help flowers bloom, and “light-talent” fairies – essentially the fluffers of the pixie world – who help turn on the fireflies before each night’s show, and “tinker” fairies who fix all the shit that breaks. There is also a “tooth-whitening” fairy. No. My mistake. That was a TV commercial. Regardless, what I’m saying here is that, after four years of attending a monthly open mic, I have developed the conviction that some people should not be encouraged to write. Perhaps those people are great dancers. Or fluffers. But, contrary to what writers with bigger hearts will tell you, I am convinced that writing is not the best creative outlet for every person on the planet. Does that make me a bad person? Or is it all that other stuff I said that makes me a bad person? Let me try to gain a little forgiveness here. In the 1960’s the composer Leonard Bernstein was asked for his take on the brand new musical form known as rock and roll. He said, essentially, that 80% of it was pure garbage, but that the other 20% was so important and so vital that it more than makes up for the bad stuff. I think we can all agree that there is no excuse for the music that Elton John made during the 1980’s (“I’m Still Standing,” “Nikita,”… I mean, come on.). But without Elton John there would be no “Rocket Man” or “Tiny Dancer,” or the award-winning songs from the Lion King that make children go absolutely nutty. Perhaps people should be allowed to write whatever they want. God and the audience will sort it out.

THE WRITER’S JOURNEY: Do ideas come to you in words or images, sounds or something else? Has it always been this way for you? Are you sometimes caught off guard?
JAMES: Without sounding too much like a blow-hard, and using words like “muse” and “dreamscape” and “Posture-pedic,” my first notion of a story arrives as a snapshot. It’s a little fuzzy:

There is a little girl and she is standing next to her father.

If there is a little magic (or tequila), the details come into focus.

Where are they? Why isn’t the mother there?

It looks like a zoo. A lion’s enclosure. But there is no lion.

Whoa! Maybe we have something here. Pour another drink and start typing. I’m just kidding. Don’t start typing. Put it off for another day, because if you’re a real writer, you know that tomorrow is always the best day to start writing a story.

James lives in San Diego with his family. He writes that he is currently pimping a manuscript and book of short stories. Visit him at his website.