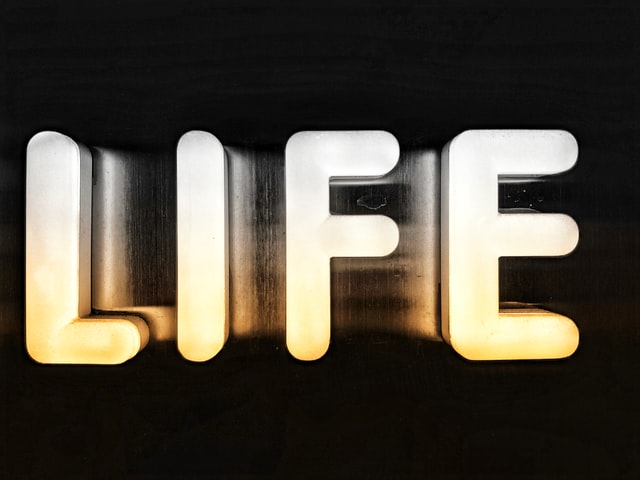 Playwright, performer and author Rachel Shukert author of, Have You No Shame, muses about creative versus productive, when an idea is remember-able and the drama of obsession.

Meredith: Playwright, memoirist, satirist… when it comes to writing would you describe your mind as a friend or foe? Describe the relationship.
RACHEL: Friend and foe, absolutely.  I used to think my relationship to my mind was like a relationship with a close friend or romantic partner, in that sometimes you love them and sometimes they drive you crazy, but lately I’ve started to think it’s a little more like the relationship I imagine one might have with a conjoined twin with whom one shares a vital organ such as a liver.  The relationship is necessarily an extraordinarily close one, to the point that it is impossible to imagine an existence without the other, (indeed, if separated, both organisms will die) but it would be really nice to have a break once in a while.  The other day I mentioned to a friend that it might be nice to be able to die just for a day or two, just to have a little time off.  As we were standing on an abandoned subway platform at the time, he looked at me with understandable horror, but I stand by my statement.  As long as you could come raging back to life as though nothing had happened, and not have to learn how to speak or walk or use the toilet all over again, I think it might be very pleasant to be temporarily dead.  It would certainly give you a hell of an opening statement at cocktail parties and lunch meetings.

As far as the specifics of your question, I would say that my mind is a friend when I have an idea that I find genuinely new and surprising, and even better, the ability to adequate execute that idea.  In the absence of these infrequent flashes of brilliance, I consider it a friend when it is simply working properly–like most people, I would imagine.  To paraphrase Tolstoy, happy people (and by extension, their minds) are all alike.  If I’m not currently having a panic attack or berating myself for being a talentless failure, I’ll take it.

I think you managed to sum up one aspect of my mind as foe in the phrasing of your question, where you list all the various genres in which I have attempted to write something of even middling value.  While I feel fortunate to work in a lot of mediums, this can also be a problem in terms of focus–it’s sometimes difficult for me to feel invested in any one project when I am constantly having ideas for the next one, and the next.  This may sound like a blessing, but it can really be a curse–or at the very least extremely distracting.  The new, as yet unformed idea gets all my enthusiasm, while the old one still in process starts to feel like a chore: always the kiss of death.  But it’s just the way my process works, I guess, for better or for worse.

Meredith: Do you trust yourself when you write? Always? What does trust of your abilities look like in the messy process of creation?
RACHEL: I have sort of a cycle: at the beginning, I usually feel sort of tentative and shy, as though the computer and I have just met and I’m not sure exactly what the boundaries of our relationship are.  Then things begin to get comfortable and easy–I always compare it to when you start exercising again after a long time of not going to the gym–at first you’re kind of nervous and full of dread, but then it begins to get easier, ever automatic.  Eventually, usually about halfway through I sort of crash into a wall and sort of hit rock bottom and lose my mind, at which point I would say my trust in my abilities looks exhausted and weepy, with streaks of mascara running down its face and usually one half to three quarters drunk.  This period of utter, blind despair can last anywhere from a few days to a few months, but when it’s over, I usually feel like I know what I’m doing and what the project needs, which generally takes me through to the end.  It’s not pretty, but it’s at least predictable, and I usually find that as long as I trust that at some point I will figure out the puzzle, so to speak, and just let myself get there, things fall into place.  But that can be a challenge.  Oddly, whenever I’ve written in collaboration with someone, I find I trust myself a lot more.  I don’t know if it’s a feeling of having to keep up appearances and really commit to your ideas and be able to defend them to get them through, or just that having another person to bump up against is sort of like having a built in audience, and you sort of know immediately what works and what doesn’t.  It takes some of the guesswork out of it.

Meredith: The refusal to be creative is self-will and is counter to our true nature. This is what Julia Cameron says in, The Artist’s Way. What’s your take?
RACHEL: I don’t know if that’s true.  I think that human beings are obviously naturally creative–every object and idea in the universe points to that.  But I think there are a lot of different ways of being creative, and I think we sometimes discount those that don’t conform to our chosen field, or further some kind of larger objective–whether it’s where we want to be in our careers, or some kind of huge goal we are trying to accomplish.  A person can be creative in a lot of little ways that are not necessarily fulfilling in the long term, or have a great effect on the world or our lives, but can be very satisfying in the moment. For example, I spend my working life trying to create these big projects, be they books or scripts or whatever–but sometimes I feel the greatest sense of accomplishment when I’ve say, baked a cake that came out well, or painted the living room.  This may not be creative in the sense that we think of it, but they are inarguably acts of creation, and at least in the short term, can be very satisfying.  I don’t think I’d be happy if that was all I did, but I think it’s important to remember all the little things we do that are creative.  And by the way, I think I would swap out the word “creative” for “productive,” which I think is much less loaded and in my mind has a lot more value. I just try to be productive.  I think that’s the most admirable way to be.

Meredith: How and when do you know in your gut that an idea is viable and worth following? Is there a telling moment for you?
RACHEL: I have a lot of ideas where I think: wouldn’t it be great if someone did this?  That somebody isn’t always me.  If it isn’t, I find it sort of ends there–there’s this idea like: Oh, I wish there was a movie about this!  Oh, I wish somebody would write this particular book! and that’s it.  I don’t necessarily have any ideas about how it should be done.  If it really is an idea that is going to work for me, however, I usually have a sudden cascade over the next day–or even the next couple of hours–of sort of secondary ideas–how would it work?  Who would the characters be?  What are the mechanics?  What are some details or potential funny lines?  How should it be executed?  I often start to feel really excited and kind of manic, but I almost never start working on anything right away.  For one thing, I’m usually too backed up with other projects, and besides, I like to let things sort of stew for a while.  If it’s a really good idea, those other ideas will keep coming over the course of several months, even a couple of years, before I actually get around to writing it–and that’s how I know.  If it’s held my attention that long, it’s worth pursuing.  I also don’t like to write too many things down when I first get an idea.  If it’s a good idea, I’ll remember it.  If it isn’t, I’ll forget, and that’s for the best.

Meredith: You are so funny (love your book!)– and your writing is edgy. But being human, what’s the biggest, not-good-for-you lie you tell yourself about your skill, craft and talent? How do you set yourself straight, un-believe the lie?
RACHEL: Well first of all, thank you!  This is a hard question to answer.  I’m not sure.  I don’t know if this is a lie, per se, but one thing I do that really isn’t good for me is obsess way too much about my career and where I am in the relative spectrum of literary success, especially as compared to other people that I know and worrying whether I measure up.  It takes way too much energy and is at least as destructive as it is motivating.  I try just to focus on what I can actually affect–i.e., trying to do the best work I can, but that can be pretty boring compared to torturing myself over press and sales and whether or not I’m ever going to be successful–whatever my definition of that is, and it’s constantly changing. It’s like how they say that old is whatever is 15 years older than what you are; that’s what “success” is for me.  Success is whatever I’m not.  And I know that isn’t a thought that’s very good for me or my work.

Photo by Kirill Sharkovski on Unsplash