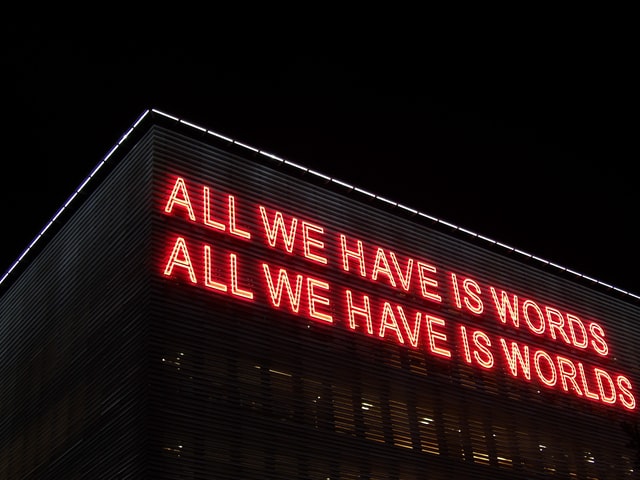 The writer and stand-up delivers on storytelling, not abandoning or complicating ideas, and the challenge of one too many words.

CRAIG MATTES is a copywriter with Pacific Communications, a west-coast advertising agency, where he writes ad campaigns for multi-million dollar pharmaceutical products and medical devices. Craig, who is originally from the east coast, previously worked at Saatchi & Saatchi in Manhattan, and studied film at NYU. Craig is also a stand-up comic who competes regularly, wins frequently, and is always seeking new creative outlets to hone his craft.

MEREDITH: WHEN IT COMES TO WRITING WOULD YOU DESCRIBE YOUR MIND AS A FRIEND OR FOE?

CRAIG: Friend, absolutely, but a fair-weather one. I don’t consider myself
to be the sharpest tool in the shed, which really helps me write. If I grasp an idea without having to explain it to myself, then I know the average reader will [get it], too.

On the other hand, I have a major inferiority complex stemming from the fact that many of the people I’m presenting work to are PhDs, biochemistry majors and other geniuses. I find it really hard to keep my brain under control and not start over-writing things so that I sound smarter or more complex than I have any right to be.

So yes, my mind is a friend, until it starts to think about the smarter and cooler people in the room, in which case it starts thinking of ways to screw me over.

MEREDITH: YOU WRITE AND PERFORM STAND-UP AND WRITE (AND PERFORM?) MAJORLY MAJOR PHARMACEUTICAL AD CAMPAIGNS. DOES ONE FEED THE OTHER; STEAL FROM IT? ARE THESE SEEMINGLY DIAMETRICALLY OPPOSED GENRES ACTUALLY FRIENDS AS THE PEN HITS THE PAPER, OR YOUR FINGERS HIT THE KEYBOARD?

CRAIG: They totally feed each other in more ways than I could have imagined. One of the biggest inspirations in my life was another writer you interviewed on your site, Jordan Levinson. He also worked in pharmaceutical advertising and was at one point a comic. Not one day goes by that I don’t imitate something I learned from him, especially the way he told a story and brought his comic (yet brilliant) attitude to everything he presented. Without his influence I never would have made the link, but by following his lead I learned to present concepts and write copy the same way I do stand-up—even with the same cadences.

Writing jokes is exactly the same thing as writing headlines. If a
joke has one word too many or even one wrong word it won’t work, same thing with ad headlines. Another major similarity is in writing material that’s usually been covered before. Most pharmaceutical ads are based around efficacy and safety at some point, sometimes convenience sneaks its way in too. Even though these topics have been covered by other brands for decades, you can always find a fresh take on them. Same thing with stand-up, I’m covering my marriage, my kid, my parents etc. and I certainly think my take is different than other comics who have been talking about these things since the 50s.

Most importantly, I got into stand-up because I love comedy (no art form has inspired me more greatly) and also because I thought it would make me more confident. I can’t get shaken up by a client when I stood in front of 50 hostile drunkards trying to make them laugh the night before.  I highly recommend everybody bombs at one open mic in their lifetime—nothing else will ever be as painful.

MEREDITH: YOU STUDIED FILM, SO I HAVE TO ASK, WHAT DOES IT MEAN—TO YOU—TO THINK CINEMATICALLY? DO YOU WRITE CINEMATICALLY? IMAGES FIRST? WORDS? A SENSATION? IS IT ACROSS THE BOARD?

CRAIG: My biggest shortcoming in film school and my biggest struggle professionally is visual thinking. I’m sorry, but I’d rather have a root canal than sit through “The English Patient”  again. Beautiful shots of the desert can’t move a story along.

To me, movies are all about story. I think I do write cinematically, in that everything I do is storytelling. I love movies like “Rosemary’s Baby” or “Fargo” where the plot unfolds perfectly and you don’t want to take your eyes off of the screen. I try to bring that aspect to everything I do, whether it be a letter to our sales force or a brochure. Every brand has a story, and if we find a good way to tell it, the visuals will follow. This is especially true in comedy, where it’s my job to paint a picture, then sell a punch line. To me, a joke becomes 100 times funnier when you can picture the circumstances in which it takes place. Louis CK is a master at this and I would give anything to be able to do what he does in setting a scene for his material.

MEREDITH: HOW AND WHEN DO YOU KNOW IN YOUR GUT THAT AN IDEA IS VIABLE AND WORTH FOLLOWING? IS THERE A TELLING MOMENT FOR YOU?

CRAIG: I very rarely think that anything I do is worth keeping or forcing another human being to put eyes on. That’s why I love both advertising and comedy—instant gratification or failure. It’s torture for me waiting for feedback on a screenplay, but when I can put up a concept or a line and have my creative director either fall in love with it or yank it off the wall, I’m good.

In comedy, I know what makes me laugh. There are some jokes that died a horrible death on stage that I still think in my heart are hilarious. For me it’s a rush to expose my inner self so openly on stage and get confirmation that I’m not alone, and that other people think the same things are funny. I only tell jokes on stage that I know in my gut are really funny, but I’m still wrong 50% of the time. If it makes me laugh when I think about it, I feel it’s viable and I’ll say it with no fear. The telling moment is when I tell my wife. She is my muse, my partner and my toughest critic (not to mention the only person that makes me laugh every day)…she’ll let me know what’s kickin’ and what sucks. I can always count on the audience to tell me how I’m doing, too.

In the ad work I do, things just end up clicking at some point. A really good idea or a great angle in copy pop-up in every job, and there’s no mistaking it. The trick is not abandoning or complicating it—which is harder to do than you might think. Luckily I work with amazing people (seriously I am blessed at the moment) who won’t let that happen. The telling moment for me is the first time you see a job laid out with art, sometimes the copy just isn’t working at that point, and sometimes it all falls together. Art directors seem to get a little peeved when copy comes back really hacked up, but there’s no replacement for seeing something in layout and evaluating how well it works.

MEREDITH: IF YOU WERE AN ADVERTISING AGENCY AND ASKED TO PITCH YOUR METHOD OF CREATIVITY, WHAT WOULD YOUR TAGLINE BE? WHAT WOULDN’T IT BE?

CRAIG: What? This question is insanely hard! Either “Mediocrity in Motion” or “Will Mattes Ever Shut the Fuck Up?” Umm, seriously I guess it would be:

“This is supposed to be fun.”

I know I’m at my best when I’m working with people I enjoy being around and when I’m encouraged to play around with the work I’m doing. And when I lose the ability to make myself laugh, I’ll stop doing comedy for good.

It certainly wouldn’t be “Keep it in your pants”—that would stifle my creativity far too much.

CRAIG is a New York Yankees fan. He lives in Orange County with his wife, Megan (also a writer!) and their adorable toddler Leo, whom Craig is unabashedly training to be a Yankees fan.

Photo by Alexandra on Unsplash