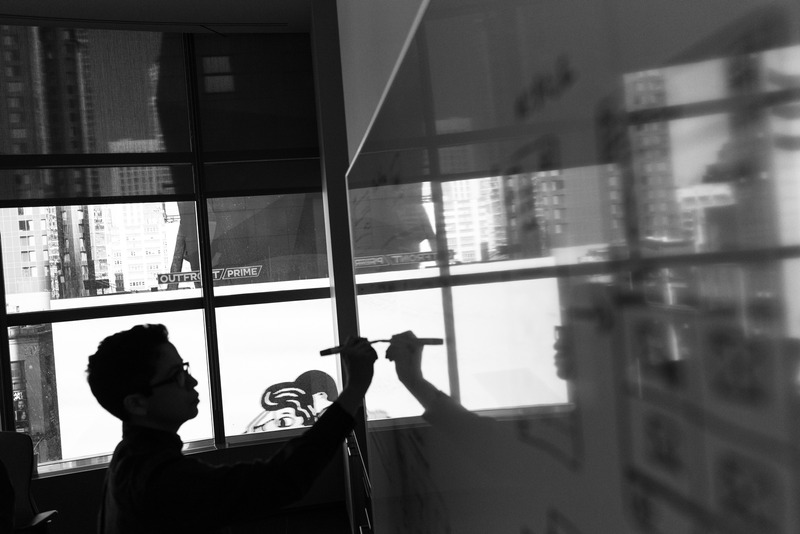 “I’m amazed by how often I’ve struggled with piece of writing only to return to it months, or even years, later to find that it all comes together with little thought.”
—Sam Apple

Sam Apple’s first book for children, The Saddest Toilet in the World, was published this month. Apple is the author of Schlepping Through the Alps and American Parent.  His work has appeared in The New York Times Magazine, The New Republic, Wired, The Los Angeles Times, The Financial Times Magazine, ESPN The Magazine, The MIT Technology Review, The New Yorker (online), McSweeney’s, and Slate.com, among many others. He was a finalist for the PEN America Award for a first work of nonfiction. Apple teaches creative writing and science journalism at the University of Pennsylvania. He was the founder and publisher of The Faster Times.

SAM: I’m not sure I know the answer to the question, but I think it touches on an interesting phenomenon. It seems to me that lots and lots of people want to be authors, but I’m not so sure that lots and lots of people still want to read books. I’m not sure how the seductiveness of authorship has survived the diminishing role of literature in American life, but I suppose I’m glad that it has survived

Meredith: Writing [or maybe, revision?] is [generally] solitary. Selling is not—selling as in marketing, promo. How do you help them make peace with one anther inside you? Or do they?

SAM: I don’t think they ever do quite make peace inside of me. I know plenty of great writers who are extroverts, and they tend to do a fantastic job of publicizing their work. But I’m more of the stereotypical quiet, standing-alone-by-the-appetizers type of writer. I try to promote my work on social media, but I always feel a bit self- conscious about it. What’s interesting, I think, is that I find it hard to be open on social media, and yet my shyness doesn’t prevent me from writing very personal things in my books. I think book writing creates a safe distance between me and my audience (or, at least, gives me the illusion that such a distance exists), whereas the immediacy of social media collapses that distance.

end or foe?Meredith: When you sit down to write, are you in charge? What I mean is this: are you the scribe or the master creator? Both? Neither? Sort-of corollary: would you describe your mind (in terms of writing) as a fri

SAM: I am definitely not in charge, and I think that the less in charge I feel, the better my work turns out. I suspect a lot of writers feel the same way.  I’ve long been fascinated by this phenomenon, but what struck me more recently is that if I’m not in charge when I’m writing, I’m probably not in charge when I’m not writing either, as I don’t think conscious control is the sort of thing one can turn on and off. So, thinking about this question had made me deeply skeptical of the entire notion of free will.

Meredith: Can some stories not be found? Why/why not?

SAM: I’m not entirely sure, but I do think that many stories need to percolate for a long time to before they’re ready to make it out into the world. I’m amazed by how often I’ve struggled with piece of writing only to return to it months, or even years, later to find that it all comes together with little thought. I suppose this touches on my response to the previous question.

SAM: Another interesting, tough question. I think there’s only so much you can do to fight the homeostasis, and many of my favorite writers tend to hit the same notes over and over in their books — Philip Roth and George Saunders come to mind. But one of the very nice things about writing is that there aren’t many drawbacks to taking risks in your work. The worst that’s going to happen is that you waste your time, or perhaps end up with a bad review. I always encourage my writing students to experiment with different genres and themes.

I’m reminded of a bit of wisdom I picked up from the memoir of the great fiction editor, Ted Solotaroff. While driving with Bernard Malamud at night, Solotaroff was struck by Malamud’s cautiousness behind the wheel, and by how this caution stood in stark contradiction to the risks Malamud took in his work.  Solotaroff never forgot the lesson: caution in life; daring on the page.