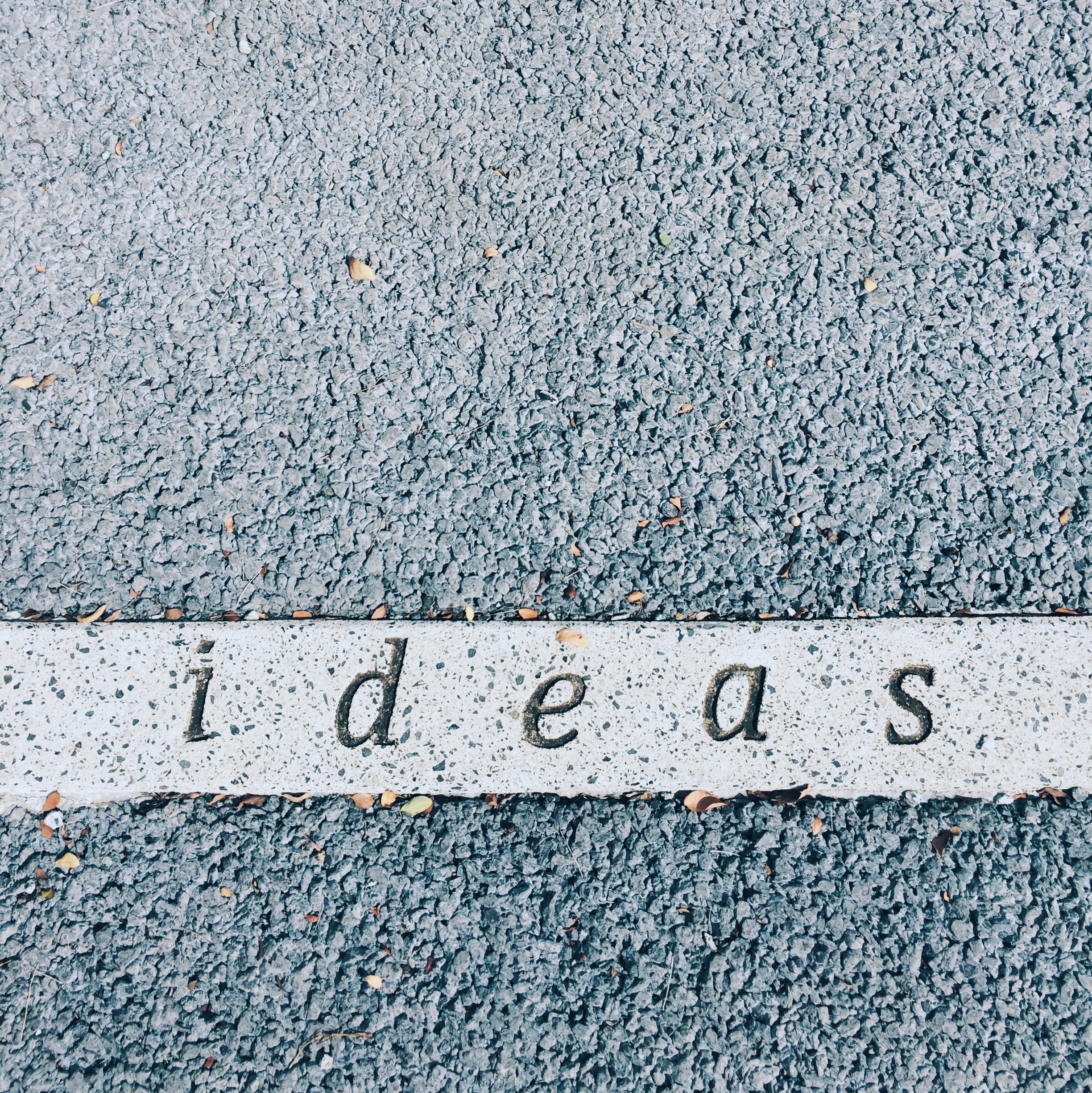 “The publishing business constantly reminds you to respect the reader. You may think you’ve created a great piece of art, but is it clear?”
—Susan Henderson

Susan Henderson is the author of UP FROM THE BLUE, was published in September. She is the recipient of an Academy of American Poets award and grants from The Ludwig Vogelstein Foundation and The Lojo Foundation. Her work has twice been nominated for a Pushcart Prize and her writing has appeared in numerous publication including Zoetrope, The Pittsburgh Quarterly, The World Trade Center Memorial, The Future Dictionary of America, The Best American Non-Required Reading, and Not Quite What I Was Planning among many others.

Meredith: I see you as a very connected writer—as in at the hub of many writerly-literary relationships (through your own LitPark and, also, The Nervous Breakdown), as well as linking and really connecting through social media and personal relationships. How does cultivating a writerly community fuel your writing? Does it provide a charge somehow? Is there ever negative energy associated with it? An energy drain?

SUSAN: I never set out to build a social media network. I’ve simply wanted a dialogue with other writers and readers.

Most of my online relationships began at the Zoetrope Virtual Studios, where we workshopped each other’s stories and brainstormed where to submit them. This led to friendships and a clear understanding that we were stronger and had more success when we shared our wisdom and our battle scars. My blog, LitPark, grew out of these relationships and the topics we tended to discuss endlessly—how to pick ourselves up again after a string of rejections, how to decide whether to shake off an editor’s criticism or use it to improve the story. And most often, we simply shared the joy of discovering new authors. Creating LitPark was about making these conversations available to more writers.

The most unexpected gift of expanding these conversations beyond my group of literary-fiction soulmates is that I began to hear about the business and the writing process from thriller, horror, and YA authors. I think listening to people outside of my genre has improved my writing more than anything else—they helped me to see my weak spots and taught me to pay more attention to plot, pacing, and pure entertainment. They taught me how to create suspense.

Do I get a charge out of blogging? Definitely. Writing can be a lonely profession, and you can feel like the biggest failure in the world if you think you’re the only one with a drawer full of rejection letters or the only one who’s worked and worked on a story only to discover it wasn’t salvageable. This long road toward creating a book you think could be published is just easier to walk when you’re in the company of others who understand. Now that I only blog once a month, I can enjoy the community fully (we can support and inspire each other, laugh and cry together) without feeling as if the time has to be carved from my writing schedule. I think I’ve struck a good balance.

Meredith: How has the publishing process changed your view of writing? Or has it? What has it done to your craft, your work? How has it helped (or challenged) you to dig deeper and move forward at once?

SUSAN: The publishing business constantly reminds you to respect the reader. You may think you’ve created a great piece of art, but is it clear? Will a reader who’s worked a long, hard day be able to find their way into your book quickly? Is it worth it for them to turn the page? If someone asks them what your book is about, can they give a simple answer? This is the pressure the publishing world puts on an author, and it’s not easy to respond to that pressure and make the changes, but I think the goal is to better connect with readers and keep them engaged. If you see it that way, rather than seeing it as someone meddling with your art, the feedback can be extraordinarily helpful.

Meredith: Do you judge your work before it’s finished? I guess a better question is: how do you keep from passing too much judgment on your work in order to keep moving forward?

SUSAN: I am the most ruthless editor I know, but I’m pretty comfortable putting my ideas down as they come to me rather than expecting them to be pretty or profound from the start. Later, I’ll bring in the hammer, the saw, and the dumpster for the first round of edits. Before that, however, I try to step out of the way of that urgent, intuitive voice and let it have its say.

SUSAN: The lesson none of us wants to learn is that our work was rejected because it wasn’t good enough. It may have a spark, we may see or feel or describe things in a way that shows our talent or potential, but the entire piece may not be working. The story may be too quiet, too slow, too dense.

The flip side is that a story that doesn’t work for one person may be exhilarating and life-changing for someone else. A number of classics were dismissed by publishers again and again before they found a home. William Golding’s LORD OF THE FLIES, for example, was called “an absurd and uninteresting fantasy which was rubbish and dull” by one prospective editor. And that’s at the heart of what every writer struggles with when they get a rejection letter: Does my work really suck, or do I just need to endure this difficult phase until I connect with the right editor? It’s maddening not to know which of the two answers you’re dealing with, and that I-must-suck voice can really take up residence in your head.

As far as rejection helping with creativity, I don’t know. I don’t tend to think it helps people to be bludgeoned over and over again and to always question whether they have talent or whether they’re in the right field. Mostly, I think, it just hurts.

Meredith: Having never been pregnant myself, I’ve waited for the perfect time to ask this, so here goes: Is birthing a story really like birthing a baby? (I hear this analogy a lot but, well, have never been sure what to think.) If so, does the gestation period feel the same—heartburn and all? How about birthing the actual publication of the book? So I’m asking about the story part, and the biz part, too. Oh, and if not, then what’s it like? Can you create an analogy?

SUSAN: You know, it’s funny, I’ve heard people use that analogy for years, but it’s only now that you’ve asked the question that I realize how much the analogy doesn’t work. And this is why….

When a woman longs to have a baby, she can easily visualize what this baby will look like. Not the details, of course, not the eye color or hair texture. She doesn’t know yet if this baby will have a cleft pallet or a dimple in its chin, but she clearly visualizes a small human weighing between 5 and 9 pounds. The writer doesn’t have this kind of clarity at all. Sometimes the writer has nothing more than a nagging emotion or idea that keeps interrupting her. Perhaps the thought is more formed—I want to write about a war between vampires, a love story between a woman and her dead husband, a parable of grace in the midst of defeat—but even that says little about what the final result might look like.

The woman who wants a baby, meanwhile, sets off to the pharmacy and buys a little kit that tells her she’s pregnant. Her body, assuming all is in order and she stays away from the crack pipe, has now become a vessel for this tiny baby to grow inside of without any conscious effort. The writer, on the other hand, scribbles away, and may be 20 or 100 pages in and still not know what her book’s about or even if she’s creating a book at all. Further, she has no check-ups, diagnostic tests or prenatal vitamins to help her book stay on a healthy path.

Finally, the pregnant woman can expect the baby to be born in nine months, and certainly no later than nine months plus two weeks. The writer may spend nine years laboring over this book with no clear birthdate, no sure sense that it’s finished. And maybe what makes the analogy fail most of all is the expectation that you might love the book you created the way a mother loves a baby. For most writers I know, love is not a word they’d use to describe the feeling of holding a maybe-it’s-finished version of their manuscript, and when they do use that word, it tends to be fleeting.

I’ve oversimplified the ease of pregnancy and the assumption that mothers bond quickly with their babies, but it’s a fascinating question you’ve asked, and I hope your readers chime in with their own thoughts. Maybe they can come up with analogies that work.

SUSAN lives in New York with her husband and two sons, and their greyhound, Steve.

Photo by Juan Marin on Unsplash