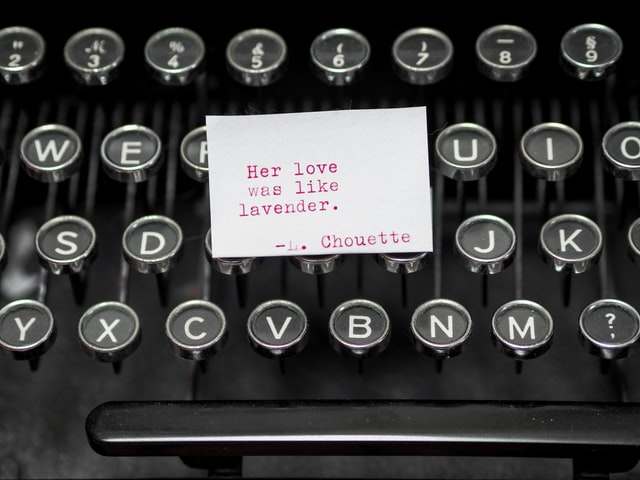 “I think it’s really important that as writers we not take ourselves too seriously, not take on that mantle of importance and mystery because the narrative of life also tells us that “pride goeth before a fall.”
—Kathy Leonard Czepiel

Kathy Leonard Czepiel is the author of A Violet Season, a historical novel set on a Hudson Valley violet farm on the eve of the twentieth century. She is the recipient of a 2012 creative writing fellowship from the National Endowment for the Arts [congratulations!], and her short fiction has appeared in numerous literary journals including Cimarron Review, Indiana Review, CALYX, Confrontation, and The Pinch. Czepiel teaches in the First-Year Writing Program at Quinnipiac University in Connecticut, where she lives with her husband and their two daughters.

Meredith: Are you ever frightened of your own ideas, or what’s inside you? Or maybe the question should be, are you more scared of putting them down on the page?

KATHY: The only time I’m scared to write something is when I’m writing close to my own experience and I’m worried I might offend someone I care about. Usually what I do is write it anyway, just for myself, to see what happens. Often it turns out looking different and much less autobiographical than I expected it to, and I can move forward. I know some writers are willing to go anywhere, but for me, offending a friend or family member would never be worth it.

Meredith: How do you find that a work of your takes shape? Does form follow idea? Or does idea follow form? Or is it a process that gets worked out in the writing, waiting, reflecting, pondering? Or you a let-it-be type of writer, or a shape-it, form-it, make-this-thing-work kind of one?

KATHY: For me, form usually follows idea. Most of what I write is in a pretty conventional form, but when I have experimented with form, it has been because I think the story could be told better in a different form, not because I wanted to play with a particular form and came up with a story to fit it. Probably the most experimental form I’ve ever used was for a story called “Wendy as Elsa” that was published last summer in Indiana Review. It plays with some of the conventions of drama although it’s still a short story—one which happens to take place during a community theater production of The Sound of Music.

Meredith: Your writing is descriptive in a way that is so inviting and organic. When you write, do words come first, or do images, or sensations? How have you nurtured and refined your process?

KATHY: Thank you! Sometimes when I’m drafting, the sensory language comes naturally, but if it doesn’t, I go back and work on it deliberately. For example, I tried to draw upon all five senses in every chapter of A Violet Season, unless doing so would have felt forced. I find the sense of smell especially challenging to describe. It also helps to actually visit the places you’re writing about. I’m from the Hudson Valley, so it was easy for me to evoke that setting, but I still paid attention on every visit back there while I was writing the novel for particular little details that would enrich the story.

Meredith: Buddha said, “It is better to travel well than to arrive.” If traveling is writing, then arriving is…what? Is it money? Fame? Love of the finished piece, or process? And what is it not? We know it will differ by person, but I sense we are all looking for answers…perhaps you are, too?

KATHY: I love that quotation. I’m a very goal-oriented person, so it’s a good reminder for me. I’m not sure that any of us ever truly feel we’ve “arrived.” That’s one of the curses of being human, I think. (Wouldn’t it be great if in life there were a voice like the one on my GPS, that emphatically announces, “You have arrived!”) You could call publication of one’s debut novel an “arrival,” but over every hurdle is another hurdle: will it sell? Will the critics like it? Will I get to publish a second novel? I keep thinking of what my wise writer friend Monica Bauer once said: Selling your novel doesn’t make your problems go away. It just means you have better problems! I think that advice applies in many situations!

KATHY: I think writing is mysterious to a lot of people. First, it’s something many people really hate to do, and they can’t understand why you would even want to shut yourself up in a study for hours and write! Where we get our ideas is a mystery, too. People often ask about that. And throughout history, writers (poets, philosophers, novelists) have been seen as the people whose job it is to translate the world for everyone else. As a result, writers have this special status; they can do something unexplainable and hard to replicate. However, I think it’s really important that as writers we not take ourselves too seriously, not take on that mantle of importance and mystery because the narrative of life also tells us that “pride goeth before a fall.” In terms of self-worth, I don’t think it’s just writing we say this about. It’s also, “I’d really be someone if I had a degree/were married/owned my own business/could be better at X than Y is,” and so on.

When I asked Kathy to tell me one thing about herself that she doesn’t often get to squeeze into conversations, she said: “I almost froze to death sleeping along the trail up Mount Sinai in Egypt when I was in college. I was a much bigger traveler and risk-taker in my twenties, but my older friends assure me that I might be able to reclaim some of that when my kids are grown. I hope so!”