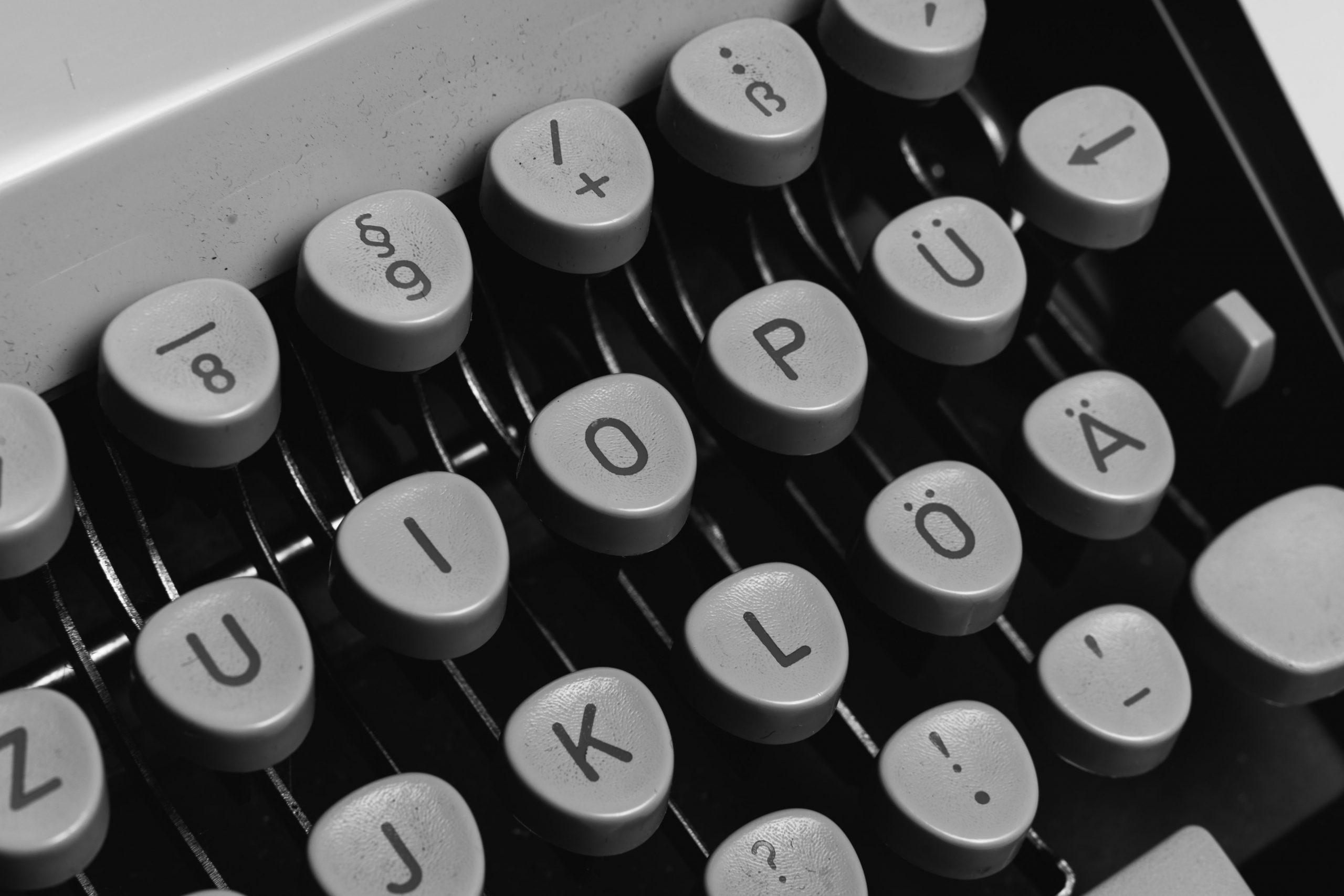 “You definitely have to look at the publishing process as an industry and a business at some point even though you may be largely focused on the creative aspect of doing the work of writing. I now see it as almost two separate entities”
—Jennifer Nelson

Jennifer Nelson is the author of AIRBRUSHED NATION: The Lure & Loathing of Women’s Magazines. hundreds of articles for leading publications such as Self, Women’s Health, Better Homes & Gardens, http://byjennifernelson.com/

Meredith: Your book takes on an entire industry that – on the surface – claims to be “for” women. But, issue after issue, proves itself to be…not so much. What was the turning point inside you when you decide to go deeper and stand up to the falsities that try so hard to look real?

JENNIFER: The turning point for me was a couple of things: As a writer, it was getting more and more difficult for me to make my living writing solely for the chick slicks because of some of the insidious practices that go on there, such as taking months and months to get editors to reply to pitches, and when you do land an assignment to give your article a read through and first edit. Then there may be multiple revisions requested, often articles are full of asinine questions the editors could clearly answer, or two or three editors all weigh in different color fonts contradicting each other’s thoughts, edits and suggestions. There are sometimes editorial changes of minds, where stories are killed on a whim because the EIC has left and the new top dog has a different vision for the magazine or for that story, not to mention months of months of waiting to get final approval, acceptance–and a paycheck. It can take six to 12 months or more before your story sees print and almost as long before you get a check that’s needed to pay the mortgage or to buy groceries.

As a reader, my daughter hit high school and college age and began to look at many of the glossies we had coming in on a monthly basis and we began to discuss some of the negative messaging: the images that were clearly airbrushed, the stories that approached every reader as though they need to improve some aspect of their lives from losing weight to looking younger to having better relationships, and the man-centric focus among the magazines for 20-somethings that was largely about getting a man and keeping a man, and knowing how to please that man. It wasn’t the message she or I could get behind and I began to not only rethink writing for women’s glossies but educating women about what it is their favorite magazine is portraying and how that really may affect their self esteem, body image and psyche.

Meredith: How has the publishing process changed your view of writing? Or has it? What has it done to your craft, your work? How has it helped (or challenged) you to dig deeper and move forward at once?

JENNIFER: You definitely have to look at the publishing process as an industry and a business at some point even though you may be largely focused on the creative aspect of doing the work of writing. I now see it as almost two separate entities. There’s my time with my butt in the chair doing the creative work (or trying to get ink to page, a certain number of goal words per day or per week) and then there’s the business side of publishing. Going through the process of writing a book exposes you to the different nature of the publishing beast. My book, for instance, got a title change at a somewhat late date due to the buyer’s reaction to the original title.  We had already selected cover art so that went back to the drawing board, too. Chapters get passed back and forth for sometimes 2, 3 and 4 revisions with the editor. You certainly cannot be too overly attached to your words (or your title!) and must be open to new ideas, arguments and points your editor and publishing team is making. It’s a real collaboration. Even though you may think of writing a book as you sitting alone in your home office doing the solo work of the craft, there are a lot of hands in the process and a lot of business alchemy to the decisions that are made regarding your work. It is an industry after all, with a bottom line and a cost-analysis and bean counters—and all that comes with any business.

JENNIFER: You know, I have never been too waylaid by rejection for whatever reason. Probably because when I was writing for the
woman’s magazines, I pitched incessantly, up to 30 or more query letters monthly. Only a small percentage of my ideas ever made the cut, maybe 10-20 percent, which netted me a 3-5 stories monthly so I was quite familiar with rejection! I learned very early on that it was nothing personal and that if one idea got shot down, I was a day away from thinking up another great idea. That said, there were definitely times when I became attached to my ideas, or in the case of book work, a book proposal. Since those projects are so much larger than a mere article idea, you have a lot more time, effort and energy vested and so you do feel those rejections a bit more deeply. I tend to let myself wallow for a brief time—a few hours to a day– and then move onward and upward. As far as the role they play in creativity, I think rejection does serve some purpose mostly in terms of motivating me to move on when something is rejected or to dig deep, in some cases, and figure out how to make something work that’s getting negative feedback or rejection.

When I was looking for an agent for this project, I received many rejections maybe 15-20 from agents who thought the magazine industry was dead, or that nobody wanted to read any negative things about the chick slicks even though they admitted my proposal and chapters were well done. I didn’t agree and kept pushing on. For one, I strongly felt the magazine industry was definitely not dead! And also, I envisioned Airbrushed Nation to be more than a report on some negative things in the women’s magazines, but rather calling out and educating whole generations of women who may not have realized the negative effect reading some of the glossy’s messaging had on them. When I did find an agent, she felt exactly the same way. The earlier rejection served as motivation.

Meredith: How do you not hold on so tight–to a belief about writing, a piece of writing, or an idea that you have–that isn’t working or that, perhaps, an editor would like you to change. The belief part goes for you…but the piece, the idea, those refer also to your relationship with the editor. In other words, what tells you how to proceed?

JENNIFER: I think of this more as a gut feeling. To some degree you must remain open to critique and suggestions from an editor or agent for how to be able to market or sell something because even though you may be holding tightly to your ideal of the work, we get back to the business side of publishing again, and it has to be something that either will work for an editor or something in which an agent or editor feels they will be able to sell to the marketplace. If the changes being asked of you go completely against your gut, then you might stick with your version and try to sell your work elsewhere, and if the changes are something you think you could get on board with either because it will make the work better or more marketable or become something that you will be able to sell to a magazine or publisher, well, then I don’t think you want to hold on too tightly to your vision when your goal after all is to get your work out there to the public.

JENNIFER: Great question because I had a really long lead time for my book, about a year. A lot can happen in a year. Personally, I had a lot happen to me over that year, I ended a relationship, my two grown kids went through their stuff: boyfriend and girlfriend break-ups, graduating college and the ups and downs of job hunting in this post-college job market, one dealing with grad school stress, and all the drama that comes with life in general. Some days, quite frankly, I was worthless and knew there was no point of even trying to work on the project and then when times were good, I really took advantage of that and cracked the whip. But sometimes, I just had to power through no matter if I was sad or mad or moving through a tough day, especially toward the end.

The other thing with really long deadlines is that there is a lot of time to procrastinate. I found myself wasting a lot of time earlier on and then feeling the panicky OMG moment of I better not waste any more time and get further behind. I think setting some solid goals for how many chapters you tackle per month or words you write per day is a great way to stay on track. Just don’t beat yourself up when a bad week or two come along, but rather get right back in the saddle and resume working like nothing happened. Set goals; try not to procrastinate for procrastination sake, but rather “save” your down days or weeks for when you really do have a stressful life situation, anxiety, or a personal issue that prevents you from doing the work. And remember, even with the best planning as you approach deadline day, it’s just plain crazy anyway: Long days, maybe nights and weekends, endless re-reading and editing changes and answering editorial questions, maybe footnoting or indexing tasks. The best you can do then is just work through the crazy end as best you can.

Photo by Markus Winkler on Unsplash