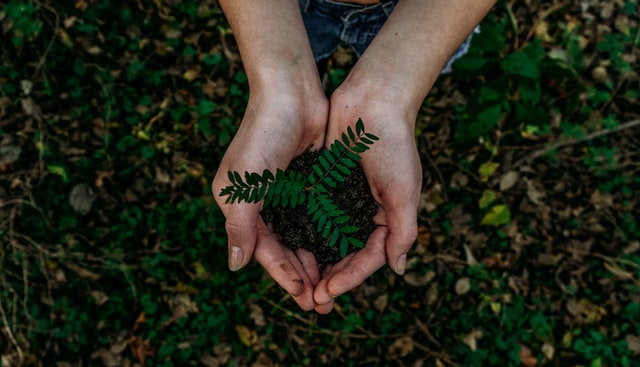 The author talks about the beauty of outtakes, compassion for the self and, well, the possibility of everything (in writing).

HOPE EDELMAN is the author of five nonfiction books, including the bestsellers The Possibility of Everything, Motherless Daughters, and Motherless Mothers. Her articles and essays have been published in numerous newspapers and magazines, and her work has appeared in anthologies ranging from The Bitch in the House to Racing in the Street: The Bruce Springsteen Reader.

MEREDITH: You’ve written extensively, poignantly about the loss of mothers. Shifting your perspective onto writing, can you tell me what it feels like to let go of a piece of work that is meaningful to you, but that isn’t working. Do you become attached? How have you learned to release and find serenity in doing so? Please share.

HOPE: In my first editorial job, at a publishing company in
Knoxville, Tennessee, a very wise editor once told me, “Readers will never know what you took out.” I remind myself of that often when writing, particularly when I need to omit a scene or a chapter I personally like but that isn’t serving the  essay or book the way it should. Every time I write a book I create a file called “Outtakes” where I move all the material I’ve had to remove from the manuscript. That’s just in case I can find a place for those descriptions or scenes in another essay or book later down the road, though I almost never can.

The biggest challenge, I find, is to omit material in a way so the reader doesn’t know it’s gone, but also doesn’t feel as if something important is missing. If, for example, I edit out a scene of conflict because it isn’t working the way it needs to, I have to be sure that there’s still enough conflict in that chapter for the narrator’s actions or motivations to still make sense to the reader.

It’s harder to let go of an essay I believe in but that just isn’t working at a particular moment in time. Often that’s because I don’t yet have enough distance, perspective, and insight with regard to the events; or because the real-life story is unfinished; or for some unknown emotional reason deep within my psyche that I may or may not figure out over time. Sometimes it’s because the essay isn’t worthy of being a standalone piece and I haven’t yet figured out what other storyline to pair it with. And sometimes it’s because I just don’t have the skill or the knowledge base to pull off writing about that material in a meaningful way.

When I stop writing a piece midstream, I try to think of it not as an act of abandonment, but an act of postponement. I’m putting it away to look at again at a later date, to see if it can be resurrected then. Sometimes it can, but sometimes I have to put it back on the shelf for a while longer. Maybe that stems from my inability to let go of things I really love, but I think it’s actually more an agreement with myself that I came to over time, when I realized that even though a story may have taken place twenty years ago I still may not be ready to write about it yet.

MEREDITH: What is going on inside the writer when we hear that he/she has hit his/her stride? Can you describe how this happens? Did you have a sense this was happening as you wrote?  Was there a turning point?

HOPE: I think it’s the moment when a kind of inner synergy emerges between the writer and her material, and whatever struggles she was experiencing with the writing dissipate and the words begin to flow uninterrupted and freely. I’ve heard some writers talk about it as the moment when they feel they’ve reached out and grabbed on to an outer creative source, but I believe it’s the moment when we connect with a creative source within ourselves. If you believe in the tripartite idea of a Higher Self, a Middle Self, and a Lower Self all coexisting in us all, with the Middle Self being the everyday persona we reveal to the world, I think hitting one’s stride as a writer are moments when our Middle selves and Higher selves align, and we begin writing from a consciousness that we’re otherwise not able to access on an everyday plane.

I was very much aware when this happened during the writing of my first book, Motherless Daughters. For the first five chapters I’d struggled—oh my god, how I’d struggled—with how to blend memoir, interviews, and research in a way that would feel seamless to readers. There weren’t many good models for this kind of writing at the time. This was back in 1992, 1993. My chapters were coming out choppy and uneven, jerking back and forth between the different components. And then, when I was writing the sixth chapter, something just clicked. I found myself able to shape the material into a cohesive whole in a way I hadn’t been able to before. When I finished that chapter I immediately sent it to my editor and she called me right away and said, “You’ve got it!” I asked if I should go back and rewrite the first five chapters and she said, “No—just keep going. You can go back and fix them later.” She wanted me to keep the momentum going.

HOPE: Honestly? It was brutal! My memoir is set nine years ago, at a very low point in my life as a mother and wife. Because I chose to write the story in the present tense it was important for me to go back and re-inhabit the person I was back then and write from her point of view. Nine years later, mostly as a result of what happens in the book, I have a very different outlook on just about everything, and it was emotionally very, very difficult for me to write from the perspective of who I was before we made our journey to Belize. I rediscovered parts of myself that I didn’t like very much, and I found myself judging my younger self rather harshly. My initial impulse was to gloss over moments in the story when I was acting entitled or ungrateful, but I knew that wouldn’t be telling an honest story to readers. So I put those moments in anyway, even though some of them made and still make me cringe. To do this, I had to own those behaviors and find compassion for a younger self who’d been trying to navigate motherhood and marriage without much guidance, instead of depicting myself with the kind of tough-chick exterior I’d publicly adopted at the time. Some readers have judged me as a character as harshly as I first judged myself, but many others have written to tell me how much they appreciated my honesty in depicting myself as imperfect because it helped them feel better about their own perceived shortcomings.

MEREDITH: As an author with many projects in motion, many platforms at work and many works in the public eye, how do you balance the left-brain activity of promotion with the right-brain activity of creation? Does it feel like you are moving forward on parallel tracks or is the process more unified and seamless?

HOPE: It’s felt more like alternating tracks this time around. My last book came out in 2006, and I was responsible for creating a web site and cultivating a discussion forum and mailing list, but the publisher took care of the majority of marketing and promotion. By 2009, authors were expected to be much more involved with promoting their books, with
blogging, Tweeting, Facebook-ing, Goodreads, Redroom.com, etc. etc. etc. I find the acts of writing and promoting each to be so absorbing that they become mutually exclusive, and if I try to do both at the same time I don’t do a particularly good job at either. So when I’m promoting I don’t try to produce any writing, and when I’m writing I have to stop thinking about and engaging with promotion. I don’t really balance the two very well; I bounce back and forth between them, instead. I wonder sometimes if the most successful authors in the future will be the ambidextrous ones,  or if the pendulum will eventually swing back to allow authors to be predominantly the means of creation again rather than also being the means of promotion. I think we’ll know the answer to that before long.

Equally challenging for me has been to find the right balance between the Motherless Daughters work I’ve done for the past 15 years and the literary memoir I just published and have been promoting. Although the theme of mother loss is very much evident in The Possibility of Everything, it’s a very different book than the others I’ve written and has attracted a different audience. I have two web sites, one just for The POE and the other a more all-purpose web site for my workshops, articles, and other books, but I have the same blog and mailing list for all my readers. (That’s mainly because I can barely find enough time to keep up with one newsletter and blog, let alone two!) And then I also have all the writing students I’ve taught over the years, and the contacts I’ve made through the Maya Spiritual Healing community. So I have to really plan and think about what kind of news and updates will appeal to everyone each time I communicate with readers.

MEREDITH:  Does your creative process come from a place of something that scares you or from a familiar place of strength? Is this a constant? Does it change?

HOPE: I’d love to say it comes from a place of strength because that would make me sound like a warrior writer, but in truth I think it comes from a place of vulnerability, a place of uncertainty, a place that scares me because it’s so full of the unknown. That’s probably why I think of writing as an act of faith, because it requires us to immerse ourselves in this place and stay there for an unspecified period of time. When I go in, I don’t know where the exit route is or what it will be. I have to have faith that I’ll find it, every time, through the audacious act of pulling words from the ether and arranging them in a pattern that will lead me out. Hopefully it’ll be a pattern that will create a path for readers to follow as well. Hopefully.

That’s what we’re all striving for as authors, isn’t it? To create something lasting, something uplifting, something that will have a positive effect on others, out of what initially seems like nothing at all. It’s exactly as impossible and as attainable and as magnificent as it sounds.

HOPE has been teaching nonfiction writing for more than twenty years, and can be found every July at the Iowa Summer Writing Festival. The rest of the year she lives in Topanga Canyon, California, with her husband, their two daughters, two crazy cats, and a pet tarantula, Billy Bob.

Photo by Noah Buscher on Unsplash