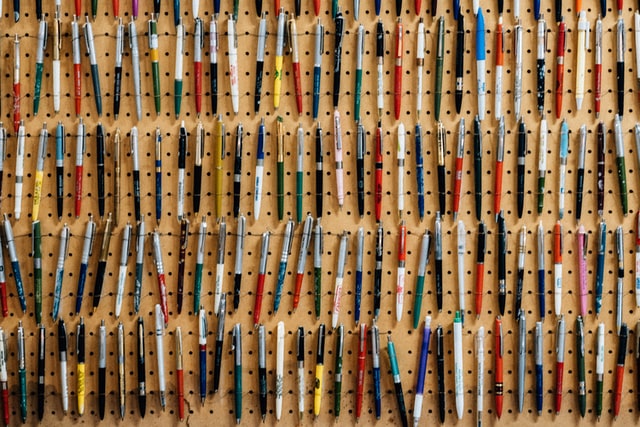 The writer tells about the danger in what he finds funny and how writing erases fear.

DENNIS DANZIGER, who has written for sitcoms including “Taxi,” and “Kate and Allie” is the author of A Short History of a Tall Jew and Daddy, The Diary of an Expectant Father* which chronicled his life from the day he was married to the day of his son’s bris.* Dennis has written about public education for The Huffington Post, and his essay, Hoops Schemes “about how playing basketball with many of my inner city high school students gained their respect and gave me the chance to actually teach them,” is forthcoming in the literary magazine, Black Clock.

Meredith: When you write does your mind wonder first what you would like, or what others would? In other words, do you think about pleasing yourself or pleasing the crowd?

DENNIS: From 1980 to 1990 I wrote sitcom. And every page I wrote was intended for an audience. Three jokes a page. Will the producer, the studio think that’s funny? An audience?

That’s a difficult pattern to break. I think it took me about a decade before I could free my mind from imagining what someone else would think of my writing.

Usually when I’m writing, I don’t consciously imagine an audience. If at some point I do imagine that a line I write would get a laugh, or I can visualize someone I know laughing, I’m pretty sure those words   should immediately be cut. As far as being my own audience, I have only one rule. If I write something that makes me laugh. I enjoy it. Reread it. And then I trash it.  For some reason anything I write that amuses me is never funny.

Meredith: The Talmud says that “Every blade of grass has its Angel that bends over it and whispers, ‘Grow, grow.’ Do you have a personal interpretation for what this means to you as a writer?

DENNIS:You lost me at “The Talmud.”  I’m afraid that might be from having been raised in an Orthodox Jewish family in Texas and having a negative reaction to every moment I spent in the religious world. I read the words, “The Talmud” and thought, “Okay, next question.” I don’t believe in a spiritual world. And no angel or spirit or muse or other-worldly entity comes into play when I’m writing or when I’m doing anything else. I believe change, growth, whatever you want to call it comes from pushing oneself, from desire, discipline, from thinking, from being brutally honest with oneself, not from listening to the spirits. Or from too many other people for that matter.

DENNIS: I know writers who won’t go to dinner or to sleep until they’ve written two or three pages each day. I’ve never worked that way.

I wrote Short History over a period of three years while teaching full-time. Some afternoons or evenings I had so many papers to grade, I couldn’t get to my computer. Some days I was too exhausted to focus. I wrote my novel by grabbing an hour here or there, whenever I could Often before work. 5:30 – 6:30 a.m. Sometimes in the middle of the night if I couldn’t sleep. Other times if I felt energized I’d just keep on writing regardless of the time. But my schedule never allowed me to cut a deal with myself. In fact, I never really had a schedule. Maybe I have more of a guerilla approach to writing. Hit and run. Do it whenever I can.

But I’ve never promised a certain number of words or pages per day. Sometimes a good day of writing is one good paragraph. Or a sentence.

Meredith: Is fear ever an issue, like does your creativity measure up? How do you deal, one way or the other?

DENNIS: Fear is an issue in living. Fear of everything. Losing my health, my memory, my loved ones, my dogs, my health insurance, my job.  But I never equate fear with writing. Writing is the antidote to fear. Writing is what erases all fear. Erases all thought that anything can be painful. Writing is when I’m most alive. Unless I played basketball that day and hit a lot of three-point shots. That’s when feelings of immortality take hold.

DENNIS: Let’s face it, Buddha was pretty glib. Always tossing out clever little thoughts like that. Annoying everybody with his superior, reflective mind. In writing, arriving is getting to the place where you think you’re done, ready to submit your work, where you fantasize that the book of sonnets you just completed is going to earn you a ton of money and be adapted into a mini-series.  In fact, arriving is when you think you’re done, but all you’ve done is arrived at the place where you need to sit back down and rewrite everything one more time. Or two or three more times.

In writing, there’s only traveling, because how would anyone ever know if he or she truly arrived?  Have you arrived because you think you’ve arrived? Because you don’t want to work on this project anymore? Because someone pays you for what you’ve done and therefore, because money has changed hands, you’ve arrived?   Maybe arriving, for better or worse, is when you have no idea how to make your writing better.

Dennis lives in Los Angeles with his family. Visit him at his new website, (he’s still unpacking), and check out his very funny essay in The Huffington Post about self publishing. If you have further questions or just want to schmooze, email him at djdanziger@gmail.com .

*Dennis provides a little background about Daddy, The Diary of an Expectant Father: “[The book] was translated into Korean and German and oddly, sold better in Germany than in America. Much better. I could never figure out why a Jewish comedy writer’s work would do well in the Motherland until a friend married a German man. He explained to me that 20-and-30-something Germans were hungry for parenting advice from the West because since their parents had been Nazis they didn’t feel as if their folks were the best people to listen to when it came to child-rearing. Who would have ever guessed that? I thought I just translated well into German.”