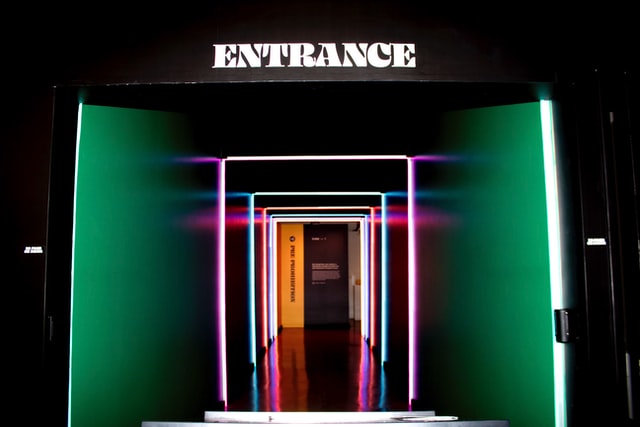 “When you consciously think about being creative, making something, writing something, it’s scary, and it’s my personal theory that this is where writer’s block comes from: the fear.” —Denise Schipani

Denise Schipani is the author of the brand new Mean Moms Rule, but her writing has long appeared in many national publications including American Baby, Better Homes & Gardens, Parenting, New York Times, Babble.com, and many, many more.

Meredith: Having never been pregnant myself, the first time I asked this question was to a novelist, and now I want to ask you: Is birthing a story really like birthing a baby? (I hear this analogy a lot but, well, have never been sure what to think.) If so, does the gestation period feel the same—heartburn and all? How about birthing the actual publication of the book? So I’m asking about the story part, and the biz part, too. Oh, and if not, then what’s it like? Can you create an analogy?

DENISE: I have to say – and I mean this in the nicest possible way – that the birthing a book/birthing a baby is easy, but also a little lazy, because it’s not equivalent at all. When I hear it, I sort of cringe. It’s easy, I guess, because you think of your book as being long, difficult and oftentimes painful process – which pregnancy and childbirth are, too. But the fundamental differences are pretty stark. Making a baby isn’t creative (cue the sex jokes here) in any way analogous to writing a book. And at least outside of science fiction (so far) you can’t pick and choose your baby or how your pregnancy goes or even in most cases how childbirth spools out, you know? Maybe I’m unpacking the analogy a little too much, but regardless, to answer your question, I’ve never thought of it that way. It feels cliché.

What making a book is like, or was like for me, was one-half relentless, head-down slog toward conclusion (think a magazine assignment that goes on and on and on, with obsessive word-counting and regular moaning to my patient husband that “I’ll never finish this!); and one-half pure joy. Think of a waterfall; there were times the words tumbled out in a great, beautiful rush. And there were times I could read back a chapter or part of a chapter and feel that rush again.

Meredith: When you write about a parenting style, you’re bound to get all kind of comments. But your style is something you believe in – as a parent. Can you translate this tough (but still loving) now, better for the kids (and maybe, mom, too) later, into a model for writers?

DENISE: Wow, what an interesting question. A major theme of my book is taking the long view with parenting; it’s not all about the here and now. That’s the whole reason I called my approach “mean”: not because I’m actually mean (I’m a big hugger, for example, I’m silly with my kids, and there’s often ice cream in the freezer), but because being consistent and a rule-setter and a schedule-keeper can feel mean, in our loosey-goosey sort of society. And it can be lonely, being this kind of parent, in a weird way. It’s easier to sit around with all the other moms complaining about our spouses while dispensing Goldfish crackers and figuring out ways to get our kids the “best” teachers. That’s not my thing. I’m swimming upstream, almost all the time.

Being a writer, as you know, is also a kind of lonely thing to be. You’ve really made me think here! Because I’m just now making this connection myself: I’ve always been an upstream swimmer, a square peg. So maybe my chosen profession and my parenting style match my personality. I’m relentless, obstinate, opinionated, fanatically practical, and tough. But also just soft enough in the head to be able to tap into my creative self (to be a writer); and in my heart (to be a warm, loving parent). But those other traits – the practicality, the relentlessness – inform the way I do both.

Meredith: Taking the stance that creativity is a natural state, why do we get stuck?

DENISE: Because it’s scary. Those times I felt like the writing was like a waterfall? Or a tap that was turned on (and as an aside, I wonder why I think of water? Hmmm)? Those weren’t consciously noted by me at the time. When you consciously think about being creative, making something, writing something, it’s scary, and it’s my personal theory that this is where writer’s block comes from: the fear. It does for me, and I aid and abet my fear with all the other things that keep me from the waterfall moments – other work that’s less creative, like organizing notes or looking for sources or doing online research; or tasks such as making dinner, cleaning a toilet, dealing with a kid or a bill or whatever. These all are legitimate pulls away from the scary stuff, so you call it writer’s block. Creativity may be natural, but many things that are natural are scary and thus easy to avoid.

DENISE: Ah, see above. Not just the question immediately above, in which I explain how I put up my own convenient/legitimate road blocks to mask creative fear/anxiety (dinner has to be made! The dryer just buzzed! The school bus is coming! I need to call my mother!), but also the one above that, where I revealed how relentlessly practical I am. I put my head down, and bull-in-a-china-shop my way through things. I keep moving, like a shark. This, like my mothering style, I totally get from my mother, who just does, does, does, because to not do means something might catch up to you.

Meredith: Now, from the knowing-what-you’re-meant-to-write angle…How do you stay strong and focused when your writing/creating dreams become muddled—or feel that way? How do you move beyond the muck to find the real you and, by extension, what you’re meant to write?

DENISE: I don’t know if this is the answer you’re looking for, but to be perfectly honest, my writing dreams have almost nothing to do with my writing career. My writing dreams started when I was very small; being a writer was all I ever thought I wanted to be, and by the time I got to college, up through probably my first couple of years of school, I never thought I could make a career out of being a writer, because even then I had that boring practical streak. I could write poetry and short stories and dream about novels, but I had no illusions, ever, that I’d make my living that way. It wasn’t until I met, at a summer internship, a young woman who had until recently been a magazine editor, and something clicked. Admitting it feels kind of stupid – how could I not have known that the magazines I devoured every month were created by people? I started looking for magazine jobs, and landed one right after college, and re-found my creativity in being an editor, and later a writer (I find editing amazingly creative).

I guess what I’m saying was my writing dreams were never muddled, because I gave them a practical edge, and I sustained myself, and later my family, with my dreams-turned-career.

The blog, and then the book, are different – those, plus personal essays I’ve written/published, allowed me, finally, to let the voice in my head talk out loud, which is really all I ever wanted to do, anyway, when I dreamed about being a writer as a child. To talk, and to have people listen, and then understand.

Denise has a varsity letter in badminton from high school. “This is the bit of information I used to use for those horrid office-party games when you had to match the fact to the colleague. No one ever guessed mine (and now I have to think of something else).” She lives in New York with her family.

Visit her website to find her parenting blog, and much more by clicking HERE.

Photo by Bret Kavanaugh on Unsplash