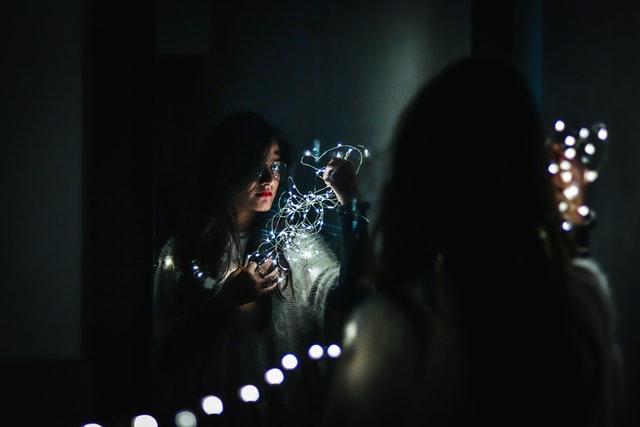 Andromeda Romano-Lax is a book coach and the author of five novels translated into 11 languages, including The Spanish Bow, A NYT Editors’ Choice, and Annie and the Wolves (Feb 2021), selected by Oprah Magazine as one of 2021’s “Best and Most Anticipated Historical Novels.” Born in Chicago, she lived in Alaska, Taiwan and Mexico before settling on a small island in British Columbia, Canada.

Meredith: In an interview I did with the author Tod Goldberg, he said this: “I need to find that point of quiet in my head where the story demands to be told.”  When you begin, how deep in you is the knowingness of where you’re going? Is it a place of stillness or chaos?

ANDROMEDA: Chekhov said that the role of the artist is to ask the right questions, not to answer them. When writing a novel, finding the right question to ask is what helps me begin, as well as what keeps me on course. When you mention stillness, that’s what I think of: the still, productive energy that comes from really focusing on the right question—not necessarily the answer or all the ways a work can be organized (that’s where the chaos begins to creep in) but the real DNA of the work, which for me is rooted in curiosity.

In the case of my latest novel, Annie and the Wolves, in which multiple characters are reacting to traumatic events in their pasts, the first question was “What does the desire for revenge do to a person?” Later questions were, “Can we ever really change the past?” and “How do we protect the weak, and if we don’t, are we as guilty as those who do active harm?”

ANDROMEDA: We’re supposed to prefer the journey to the destination, just as Buddha said, and it’s absolutely true that I’m happier in the middle of writing than at the end, when I worry about sales, marketing, external approval, and so on. But one could also say about “arrival,” in order to be fair to that stage’s importance, that it’s the moment you let go of a book and entrust readers with it. They’ll decide whether they like it, if it suits their needs at the moment (and I think the cultural moment as well as the individual’s circumstances are so important here), and what they will add from their own lives to what’s on the page. The final reading is really a combination of what the author has provided and what the reader brings to it—and that’s both an active process and a type of arrival, in the positive sense.

Meredith: What is the difference, for the writer, between being honest and emotional honesty?

ANDROMEDA: I mostly write historical fiction, and I’m very concerned about literal honesty (getting certain known facts right, especially when it comes to prominent historical figures) and emotional honesty (trying to create authentic moments that are true to time period and personalities, even if dramatic license is required for the creation of dialogue and details).

If I had to choose which term speaks to me more, its “emotional honesty.” But I think the key, whether one is writing nonfiction or fiction, is to let the reader into the process. I believe in helping the reader know what’s been invented or dramatized, or in the case of a story that has a historical foundation, where the cracks are. I think the complexities—including what can never be known for sure—are interesting, and I expect my readers to agree.

In my current novel, I invent the idea of an Annie Oakley who time travels as a result of trauma—which includes not only childhood abuse but also a head-on train collision, followed by the stress of a long and expensive legal battle with William Randolph Hearst, a man she despised. (Yes, the real Annie Oakley was going through a lot in her early forties, poor woman!) The idea of her time traveling is complete fiction, of course. But I never would have invented the abuse. Or the train accident. Or the trials. For me, inventing an obviously fantastical way to show what PTSD, anxiety and depression feel like—disturbing, repetitive visions; rumination; compulsiveness—was my way of being emotionally honest to what Annie Oakley or any woman in her shoes would have felt. I actually tried writing the novel as a completely realist one, without the time travel, and it didn’t work. It was flat, and it didn’t capture the mindsets of people undergoing extreme stress and shame.

Meredith: In his book, Writing from the Inside Out, Dennis Palumbo has a quote from Shunryu Suzuki: “In the beginner’s mind, there are many possibilities; in the expert’s mind, there are few.” There is this collective sense that experts are better, to have a “brand” is better, but this quote suggests that more power comes to the beginner, perhaps because the beginner sees hope, openings, possibilities.  Maybe, if you’re going to be an expert, be an expert in being a beginner/newcomer. What’s your take?

ANDROMEDA: Every time I start a new book, I’m a beginner all over again. I think most novelists would say the same. Writing those first pages, it’s hard to have faith that anyone will suspend disbelief—that the world can be made real enough for even the writer to believe in it. You started building the stage set and populating it with characters, and at first, they feel like bits of cardboard stuck to popsicle sticks. You try hard to create space around them—a real sense of place, and historic time—and you introduce situations or conflicts, which are like electricity to Shelley’s Frankenstein. You try not to force them to do anything that doesn’t feel both necessary and true, until the whole system begins to spark.

Meredith:  How do you keep the faith—or whatever you call it personally—when acceptance doesn’t seem to be coming? And by acceptance I mean self-acceptance.

ANDROMEDA: Oh, that’s hard—both self-acceptance and external acceptance from the outside world, in terms of enough people buying books, reviewing, and so on. But you want to focus on self-acceptance and I agree, it’s where we can get into the most trouble. I am unhappy and “out of sorts” when I’m not writing new material—which is sometimes necessary, because I also spend time revising, promoting, and editing others’ manuscripts as a teacher and book coach. When I am writing, the work itself—the daily struggle to be true to whatever is unfolding next on the page—takes me away from all the other garbage, including self-criticism or excessive concerns about the market. If getting deep into a new novel doesn’t work, my other trick is spending time with very old friends—the first books I fell in love with, often by authors already dead—and reminding myself how it felt to read them the first time, how important they were to me regardless of others’ opinions, how grateful I was for them. I never doubt the value of those works, and I don’t need them to be perfect to love them. Feeling that sense of tender love for other books and their authors can remind me how to be just a little more tender with myself.

Photo by Dollar Gill on Unsplash