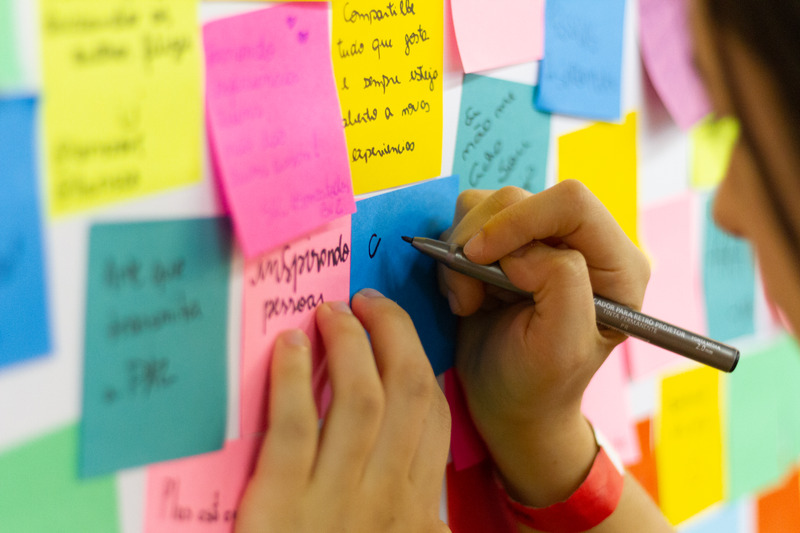 “I would have to say that “stuckness” is often a result of being too attached to what comes next.”
—Jordan Rosenfeld

Jordan E. Rosenfeld is author of the book Make a Scene, and with Rebecca Lawton, Write Free: Attracting the Creative Life.  She is a co-editor of the new online literary journal Milk & Ink: Family in the Extreme and a freelance editor, writer and teacher.

Meredith: Metaphorically speaking, if our stories, constructed scene by scene are intended to move forward, how do you do this when you are feeling, for lack of a better word, stuck or mired in the process? Do you focus on minutiae or big picture?  Why or why not?

JORDAN: Wow, here’s a question I’ve never been asked and one I will answer in a roundabout way. One of the reasons I personally get

stuck is because I’m trying to write chronologically, the very next thing in the manuscript that happens in time. And often I don’t have that scene formed yet in my head. So I’ve learned in my latest novel draft—written in large part during my young son’s naps—to write whichever scene is in my head, no matter where in the manuscript it falls. To free myself from chronology.  When I can’t even do that, then I literally make notes to myself about what needs to go in the next scene, a kind of conversation with myself that I hope will stimulate me when I go to write next.

Meredith: Along those lines, and so to accept all parts of the process, how do you use “stuck-ness” effectively? What works for you?

JORDAN: I may have essentially answered this question already, but I would have to say that “stuckness” is often a result of being too attached to what comes next, and by freeing myself from that expectation and going elsewhere in the work, I can usually get unstuck.  I have a talented friend who writes one chapter after the other and does not move forward until she has nailed each one. I simply can’t do that and I desperately envy her process—my mind caroms around my story and sees parts here and there, and I must follow its scavenger hunt-like process.

Meredith: How has writing about writing changed your own writing?

JORDAN: Frankly it has made me both a more conscious writer and a more self-conscious writer. I’m TOO aware of craft, and sometimes that hampers my ability to be free because I’m busy asking, “Does this scene work? Is there enough character development?” But in other ways I feel like it’s cleaned up my writing, too, because now I have to call out in my own writing the things I point out to others. It’s also made me keenly aware that I am very good at breaking down/synthesizing information for other people, but not always so good at applying it to myself.

Meredith: The painter and sculptor, Juan Gris, said, “You are lost the instant you know what the result will be.” Many would find this counterintuitive, believing it’s actually better to know where you are headed. You?

JORDAN: I understand what he’s saying in that I’ve always felt that writing has to be a process of discovery or else it’s just formulaic. So I use a rough “outline” but I almost always depart from that outline as I go. The outline is a mere set of mile markers that help me keep from going too far off the rails, but ultimately, for me anyway, what’s the point of writing if you know exactly what magic you’re going to encounter?

JORDAN: Ha! A good question. I guess it’s sort of like how does one handle the fact that one must pay their bills but also likes to go swimming on the weekends. I handle the left-brain activity by telling myself it must be done in order to afford myself the time for the right-brain creation. In other words, I sort of reward myself for the hard work with the creativity. I also have a 2 year old son, however, who is in daycare only 4 hours a day. So I’m forced to do a lot of work in a very tight span of time. That actually makes it easier to prioritize. And I am definitely a woman of deadlines. What is most pressing? What is due now? I put that first, and squirrel away precious hours on the side—naps/nighttime/weekends when my husband is home—for the creativity.

When not writing or tending to her son and husband, Jordan is either shaking a tail feather at Zumba or making jewelry. Visit her here and here to find out more.