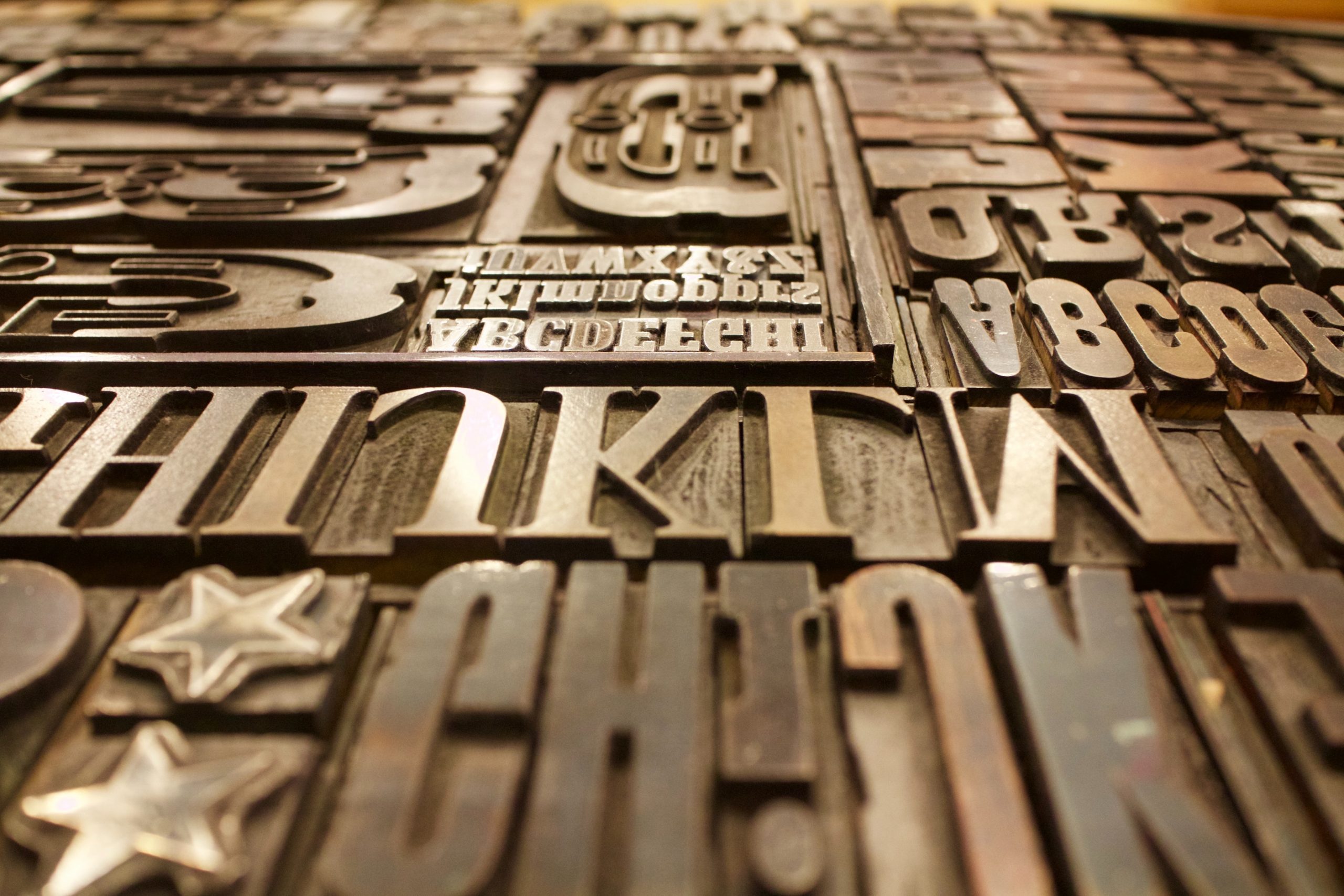 “I don’t believe in these contemporary publishing concepts such as author platforms — it’s all a lot of smoke and mirrors that imply a logic to the marketplace that I don’t think exists.“
— David L. Ulin

DAVID L. ULIN is a Guggenheim fellow and former book editor of the Los Angeles Times. He is the author of The Lost Art of Reading: Why Books Matter in a Distracted Time (Sasquatch, 2010) and The Myth of Solid Ground: Earthquakes, Prediction, and the Fault Line Between Reason and Faith (Viking, 2004). He has edited two collections of Southern California literature: Another City: Writing from Los Angeles (City Lights, 2001) and Writing Los Angeles: A Literary Anthology (Library of America, 2002), which won a California Book Award. His work has appeared in The Atlantic Monthly, The Nation, The New York Times Book Review, Black Clock, Bookforum, Columbia Journalism Review, and on National Public Radio’s All Things Considered.

Meredith: You are a book critic. Like any line of work it is bound to influence your work in other areas. Speaking of writing now, what does being a book critic do to your own creative process? Enhance? Inhibit? Make you hyperaware? Neutral? Does it make you self-conscious?

DAVID: I’ve been a book critic, in one form or another, from the very beginning of my career in the late 1980s. For all that time, I’ve also been doing my own work, so the two have always been intertwined. For me, the critic’s role is a creative role also, in which the goal is to write a standalone, discrete essay that speaks to the book in question, but also works as a shapely piece of writing in its own right. It’s for this reason that, as a book review editor, I’ve tended to rely on writers rather than professional critics because I like that breadth of experience, the broader sense of what a review is and how it ought to work. For me, the critical role plays into my own creative process mostly as a kind of editorial voice, and generally after the initial writing is done. I try to turn off the self-conscious critic as much as I can when I am writing — whatever it is, review or essay or book — because I find that I can’t write with that voice in my head. Once I have something down, I go back over it with those critical sensibilities and try to weed out the stuff that doesn’t need to be there. But that, I think, is very much a common aspect of the writer’s craft.

Meredith: Again, a book-critic-oriented question: The painter and sculptor, Juan Gris, said, “You are lost the instant you know what the result will be.” Many would find this counterintuitive, believing it’s actually better to know where you are headed. What is your impression of this, and does the critic in you respond the same way the writer in you? How/how not?

DAVID: Gris is absolutely right, and the older I get and the more I write, the more I know that to be true. I’ve never liked outlining, or knowing too much about a piece of writing before I start. When I was younger, I used to like to know where it ended, at least, so I had a destination point, but more and more now, I find myself just beginning and seeing where it goes. This is easier in some sense with a review because it’s short. When I start a review, I have a number of impressions: whether I think the book works, of course, or doesn’t; some specific instances I might want to cite. But that larger argument, the discrete essay part of it, develops in the writing, and I am happiest when I surprise myself. To paraphrase Joan Didion, I often discover what I think about a book by reviewing it, discover just how it moves me or fails to move me, how and why I respond the way I do.

The same is true with other forms of writing. When I was writing “The Lost Art of Reading,” I was very conscious of working on it in real time — in other words, of the way my daily life kept drifting into the book. There is a discussion in the middle of the book of Walter De Maria’s land art project “The Lightning Field” and how it three dimensionalizes narrative. That arose because in the middle of writing a section about narrative and time, I went out to dinner with some friends and “Lightning Field” came up in precisely such a context. The next day, I wrote it into the book. I think you have to be responsive to that as a writer if the work is to have the flexibility, the fluidity, of the living line. And that’s what I look for as a writer and a reader, the living line …

Meredith: Are you a receive-oriented creator, or a hunter/gatherer type?

DAVID: Hunter/gatherer. I like to gather information, too much information … until I don’t. Lawrence Weschler has talked about the saturation point, about knowing that if you gather one more piece of information, it will be too much, and throw off the balance between research and creativity. I feel that way also — I need there to be something I don’t know, something that I will learn or discover in the writing, or else there is no impetus for me to do it at all.

Meredith: I have just begun your book, The Lost Art of Reading. I am relieved that you see reading as art–I have never seen put to words the feeling I have about it. In an odd way, it is analogous to the slow food movement, where the point is it sit, enjoy, savor, contemplate, appreciate. Do you think writers have strayed from this art of reading in pursuit of trying to get others to read their words? To be noticed? The temptation, it seems, is very real. Thoughts?

DAVID: This is a complicated question, and it varies, I think, from writer to writer. For me, there has to be a balance between doing the work and trying to get the work out into the world, which is a necessary corollary to being able to continue to do the work. As for the former, I think it is all about the slow process you describe. I don’t believe in these contemporary publishing concepts such as author platforms — it’s all a lot of smoke and
mirrors that imply a logic to the marketplace that I don’t think exists. The best books — perhaps the only ones worth reading? — represent a wrestling match between an author and her or her material, a highly intimate interaction that has nothing to do with outside forces. You just sit down in the room each day and work, and see what you have. This is why I never show work in progress — it seems so fragile to me that it could just blow away. Once the work is done, of course, then it’s a different story; you have to support it in the world.

As for whether writers, or literary culture, has strayed from this, there’s no doubt that the instantaneous nature of electronic information makes it difficult to stay within the moment, to stay within oneself. But the writers who interest me are largely those who have managed to do this, who are using technology (or not, as they choose) as a means of continuing this kind of interaction, rather than as a distraction from the deeper work.

Meredith: Does rejection have a purpose, as far as creativity is concerned? Related: What’s it like to write a review and find that your opinion is in the minority. Do you ever question your judgment? Doubt yourself? How do you turn it around (inside you)?

DAVID: These are two separate questions, so let me address them one by one. As to the first: Yes, rejection definitely has a purpose. Sometimes, that purpose is to tell you to work harder. Sometimes, it is to piss you off. Just before I started “The Lost Art of Reading,” I suffered a rejection that really threw me. But I used it, as I was writing, as a motivation, a push to dig deeper, to write more fully, and it helped carry me through the book. Rejection is part of the dynamic, and if you can’t handle it, you need to go into a different line of work. It toughens you, and if you think about it the right way, it can lead you to understand your own strengths and weaknesses, to rethink certain strategies — or to strengthen your resolve. Like anything else, it’s a tool to be used.

As for the issue of reviewing: Of course, I question my judgment. All the time. God save us from the critic who never has doubts or questions his or her opinion. That’s a critic you want to avoid. But I can honestly say, it doesn’t bother me to write a review and find that I’m in the minority. Sometimes, I even relish it. For me, the review is as accurate a response as I can make it to my experience of reading the book in the moment that I read it, and if I can get that down in some kind of cogent form, then that’s all right. Do I ever change my opinion on books? Certainly. Are there reviews that, in retrospect, I think I got wrong? Absolutely. But in the moment — and it’s essential to think about it like this for we are always only responding in the moment — if I was as clear and direct and honest about my thinking, then I feel as if I have done my job.

Photo by Marcus dePaula on Unsplash